The World Cup, the world’s largest sporting event, is set to kick off next month, and more than half a million fervent soccer fans are poised to descend on host country Brazil. Of that total, 11 percent are expected to arrive on business aircraft, and estimates call for approximately 3,000 business aircraft to be operating in the country during the month-long tournament, which begins on June 12. Such numbers will place a heavy strain on Brazil’s aviation services. “Many of the airports in the country are already overcrowded, so adding more general aviation aircraft to the mix will not help the situation,” said a spokesman from World Fuel Services’ BaseOps global flight support division. “To counter this, some military bases are being used for VIP travel.” You can call JetOptions if you have any questions or if you would like to charter an aircraft to the World Cup in Brazil.

Dassault Aviation joined the Falcon 5X’s main center fuselage subassemblies–the front and rear lower subassemblies and the upper subassembly–in mid-April, the company announced on Thursday. This is a milestone for the 5,200-nm wide-cabin twinjet, which the French OEM expects to fly in the first half of next year and enter service in 2017.

Next month, the main center section will be joined to the forward section and the rear section, forming the complete fuselage. Once fully assembled and pressure tested, the fuselage for the Falcon 5X will be ready for shipment this summer to Dassault’s plant in Mérignac, France, for aircraft final assembly. 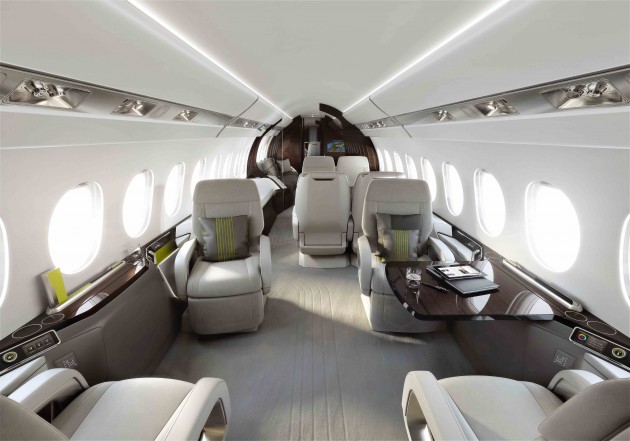