Known as the “Garden Isle,” Kauai lies 105 miles across the Kauai Channel, northwest of Oahu. The Central Pacific island of Kauai is the largest in the Hawaiian archipelago. Its lush rainforest has made the island a popular movie backdrop and earned the nickname “Garden Isle.” The Na Pali Coast is 16 miles long and has been the backdrop of major Hollywood movies. The Waimea Canyon is also a must-see natural attraction. The Sleeping Giant mountain ridge is home to the Nounou Trails.

JetOptions has direct air charter flights to Kauai and all the major airports on the Hawaiian Islands from the mainland and internationally. For flight times and plane rental pricing estimates, visit our Private Jet Charters Hawaii page. 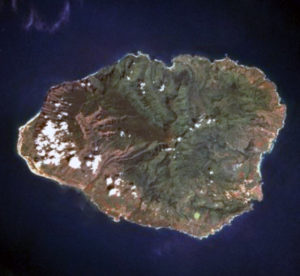 One of the most famous attractions in Kauai is the Na Pali coast. Since the island does not have many roads, you can only reach the Na Pali coast by boat or foot. With 562.3 square miles, Kauai is the fourth largest of the main islands in the Hawaiian archipelago and the 21st by size in the U.S.

Kauaʻi, or Kauai,  is the oldest of the main Hawaiian Islands.