Located just north of Manor, the Austin Executive Airport is a public-use airport. It is located approximately 14 miles northeast of downtown Austin, southeast of Pflugerville, and north of Manor. The airport was formerly known as the Bird’s Nest Airport. In 2011, it received its current name. The airport is served by private jets and general aviation. It has a 6,025-foot runway and 130,000 square feet of hangar space. The Austin Executive Airport’s location makes it a convenient gateway for travelers. It is also home to one of the country’s newest business aviation airports.

The airport has 24-hour FBO services and world-class services. Guests can request concierge services and shuttle services to local hotels. The passenger terminal also offers free Wi-Fi, coffee, and drinking water. Other services offered at the airport include car rentals, catering, and emergency support services. Whether you’re flying for business or pleasure, the Austin Executive Airport is a great option for private aviation.

The Austin Executive Airport is a modern business aviation airport located 15 minutes from downtown Austin and 8 minutes from the Dell and Samsung campuses. It has various business and leisure aircraft services, including Jet- A fueling, quick turns, and excellent customer service. In addition, Executive has an 18,000-square-foot arrival canopy to accommodate large aircraft.

The airport traffic to and from  EDC is exclusively general aviation and private jets, and there are no commercial flights in or out of this FBO and runways. 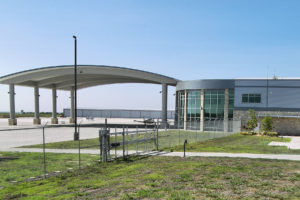 Austin Executive Airport is a general aviation facility with terminals and runways 12 miles northeast of downtown Austin.  In 2011, the former Birds Nest was sold and renamed Austin Executive; a second longer runway was added to accommodate larger aircraft. In operation since 2012, in their current configuration, Austin Executive and Houston Executive Airports are operated and managed by the same group of owners. Although many airports in the U.S. use the same three-letter location identifier for the FAA and IATA, this facility is assigned EDC by the FAA but has no separate designation from IATA.