A Eurocopter AS350B2 registered to Sundance Helicopters crashed late yesterday afternoon during a twilight flight near Nevada’s Hoover Dam, killing all five aboard. The remote location of the crash, 30 miles from Las Vegas, prompted recovery workers to delay efforts until today. The crew of a Las Vegas metro police helicopter dispatched to the scene reported that the wreckage was on fire and not intact. Clear weather and light winds were reported at the time of the crash. The NTSB has sent a 12-person go-team to investigate. A 2003 fatal Sundance Grand Canyon tour crash was an impetus for formation of the tour operators program of safety and audit program. The NTSB report of that accident cited “reckless behavior exhibited by the accident pilot,” and noted, “Following the accident, Sundance implemented a ‘zero-tolerance’ policy with regard to pilot actions that break company rules.” The accident yesterday is the second fatal U.S. air-tour helicopter accident in less than a month. Last month a Blue Hawaiian EC130B4 crashed on the island of Molokai, with five fatalities. Heavy rain was reported in the area at the time. 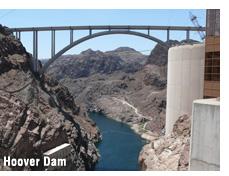