Flight crew unions have opposed last week’s policy change by the Transportation Security Administration (TSA) that will allow some knives in U.S. airliner cabins. Under its revised prohibited items list effective April 25, the TSA will begin allowing knives with blades up to 2.36 inches in length and 0.5 inches in width to be carried aboard, as well as some wooden and metal clubs, all of which have been prohibited since the Sept. 11, 2001 terrorist attacks on the U.S. A TSA spokesman told AIN the updates were implemented to bring the organization into compliance with ICAO Security Manuals. However, Stacy Martin, president of TWU Local 556, the flight attendants union at Southwest Airlines, expressed outrage at the TSA’s decision, claiming that, “[TSA] Administrator John Pistole’s announcement that passengers will be allowed to carry knives, sticks and clubs on commercial flights is a threat to passengers and an affront to flight attendants.” The union believes that while the small knives may not pose a significant threat to the cockpit crew, these potential weapons will pose a threat to both cabin passengers and flight attendants left on the cabin side of those hardened cockpit doors. On March 8, Delta Air Lines CEO Richard Anderson wrote to the TSA to support his own flight crews’ objections to the relaxation of rules on knives. 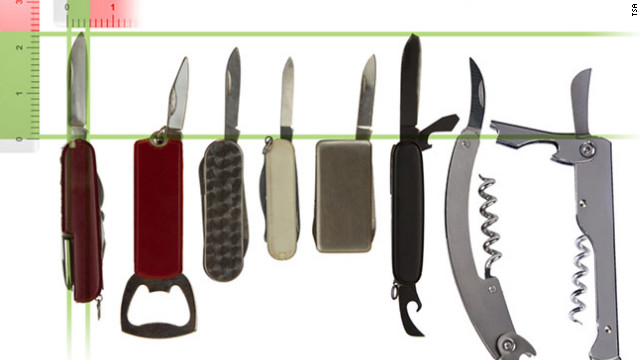