Record 65 Firearms Discovered The Week Ending May 24th – This beats the TSA’s previous record of 50 guns. Of the 65 firearms, 54 were loaded and 19 had rounds chambered. See a complete list and more photos.

Firearm Strapped to Prosthetic Leg of Passenger – A passenger at Salt Lake City (SLC) received a pat-down after an anomaly was detected during advanced imaging technology screening. During the pat-down, officers discovered a fully loaded .22 caliber firearm inside his boot and strapped to the prosthetic leg. The passenger was arrested by Salt Lake City Airport Police on a state charge of “Carrying a Concealed Weapon in a Secure Area.” 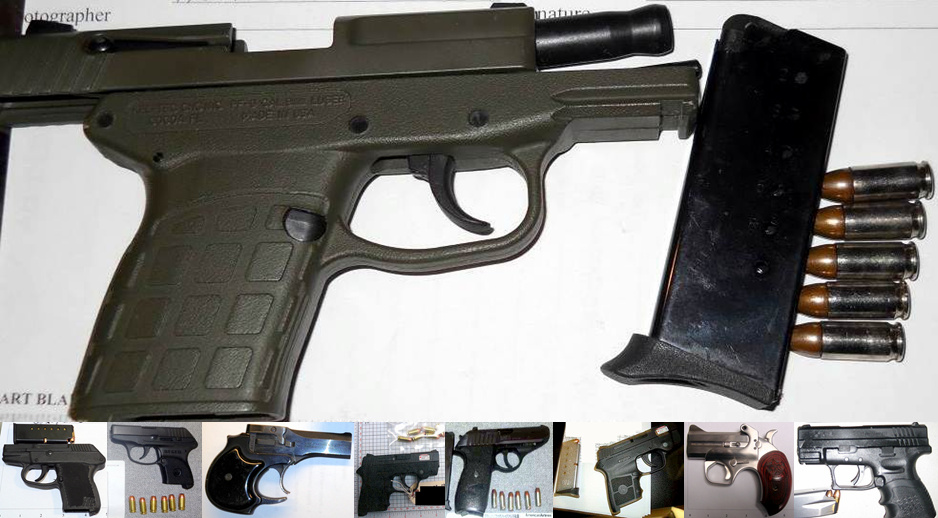 Inert Ordnance and Grenades etc. – TSA continues to find inert hand grenades and other weaponry on a weekly basis. Please keep in mind that if an item looks like a realistic bomb, grenade, mine, etc., it is prohibited – real or not. When these items are found at a checkpoint or in checked baggage, they can cause significant delays in checkpoint screening. I know they are cool novelty items, but you cannot bring them on a plane. Read here and here on why inert items cause problems.Three inert/replica/novelty grenades were discovered across the nation this week in carry-on bags at: Atlanta (ATL), Las Vegas (LAS), and Salt Lake City (SLC).