Aerion Corporation has released details about its next round of supersonic test flights, a vital element in the company’s plan to design the world’s first supersonic business jet.

Aerion has designed the next test article that will fly in the centerline position under NASA’s F-15B aircraft.

The last round of tests during the summer of 2010 reached Mach 2.0 and used an instrumented flat plate to map the high-speed flow field under the F-15B and validate computer modeling. After analyzing the resulting data, aerodynamic design work for the new test article began in late 2010, followed by mechanical design in mid-2011.

Fabrication of the 40-inch vertical span by 80-inch chord device is now underway and will be complete by the end of May. 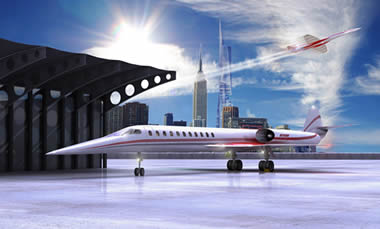