Moscow’s Vnukovo Airport still lays claim to being not only the busiest business aviation hub in Russia, but one of the busiest in Europe. According to the airport administration’s statistics made public as it was hosting the Jet Expo show, the airport’s Vnukovo-3 business aviation terminal served 19,437 business jet flights (with 133,000 travelers aboard them) last year. That is nearly the same figure as in the pre-crisis year of 2007 (19,491 flight pairs; 103,000 passengers), when the Russian economy and air travel flourished. The numbers amount to five times the traffic level 10 years ago, when Vnukovo-3 had just begun operations.

“We can capture almost 100 aircraft in the business aviation market,” CEO of Superjet International (SJI) Nazario Cauceglia told AIN. He spoke during his visit to JetExpo’2014, where the company was showing the first full example of its new Sukhoi Business Jet (SBJ)–a VIP version of the Sukhoi Superjet 100 airliner. “This is a very important moment for the program, the aircraft and the industrial partnership built around it,” Cauceglia said. “It is also an important event for business aviation, worldwide.” While there is no shortage of regional jets with VIP counterparts (though not mentioned by name, the Embraer Lineage 1000 was an implied example), Cauceglia said his SBJ has distinct advantages. 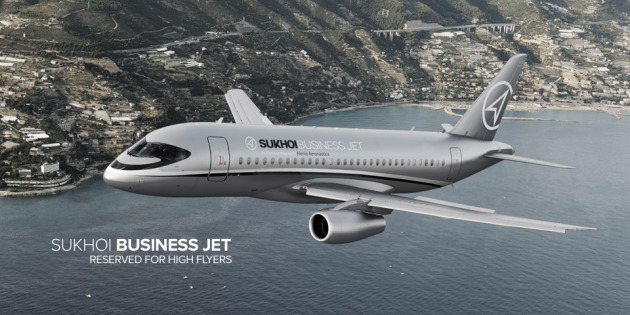 The “persistent and recently escalating” Ukraine crisis continued to hamper business aviation flight activity in Europe last month, according to data released today by WingX Advance, a business aviation research and consulting firm based in Hamburg, Germany. There were 61,831 business aircraft departures in Europe last month, down 3 percent (1,974 flights) from a year ago–the largest drop so far in 2014, the company said. Year-to-date, the market is 1 percent below last year’s trend and is 21 percent off the pre-2009 peak in European flight activity.