Super Bowl XLVIII Not So Super for Business Aviation

Though the Super Bowl is typically counted on as a magnet for private aircraft, this year’s turnout at New York City-area airports proved in many cases to be disappointing. Teterboro (N.J.) Airport, which was expecting a sellout, still had space available on game day, with some FBOs there receiving traffic that was just half to one-third of their aircraft reservations. Westchester County Airport in White Plains, N.Y., which had expected to receive overflow traffic, reported only 14 late-night departures after the game.

At last year’s championship in New Orleans, as much as one-third of the business aircraft came from the New York/New Jersey area, a fact that clearly affected traffic this year. Other factors were the threat of inclement weather, which could have changed the game date; tight security; policies from local authorities that forbade private limousine drop-offs and pick-ups at the stadium; a strict aircraft reservation system at Teterboro; and game-day temporary flight restrictions.

Read the full story by Curt Epstein on AINOnline 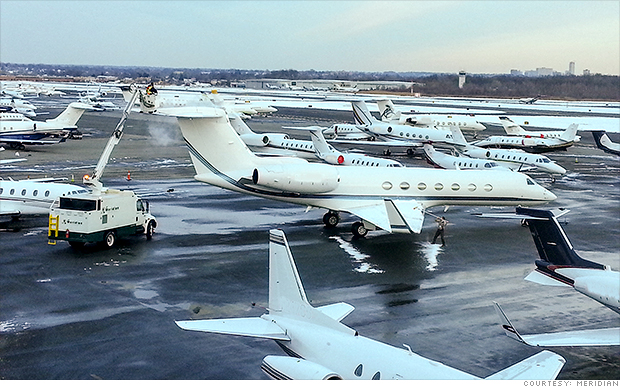