Signature Flight Support broke ground today on a new 65,400-sq-ft FBO complex that will replace its existing facility at London Luton Airport. Completion of the new 48,400-sq-ft hangar is expected in the third quarter, while the new 17,000-sq-ft FBO and passenger terminal is slated to be finished later next year. The new structures will be built to Leed certification standards as set by the U.S. Green Building Council. The FBO terminal will also include entertainment, communications, passenger and crew amenities and onward travel solutions, as well as covered auto parking. Access to the aircraft ramp for VIP passengers via a secure gate for customer vehicles has also been incorporated into the design plan. According to Signature, London Luton is the main gateway for business and general aviation travel into London and is the busiest general aviation airport in the UK and the third in Europe, handling approximately 12,000 flights annually. As such, the FBO chain said Luton is one of its “most important locations outside North America.” Signature Flight Support has been at Luton since 2000, when it purchased McAlpine Aviation, an FBO that was opened in 1947 at the field. JetOptions flies into London Luton and every other ariport in London. 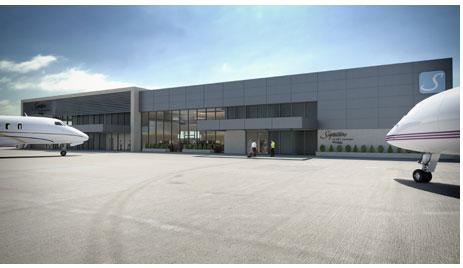 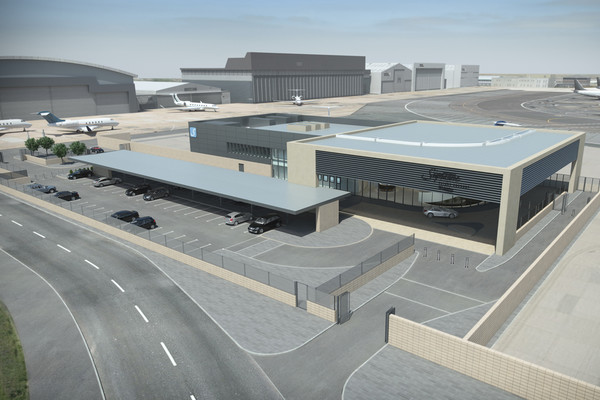