The city of Santa Monica, Calif., has filed a complaint against the FAA that will force resolution of the issue of who controls the airport. The Santa Monica lawsuit, filed on Thursday in the U.S. District Court for the Central District of California, seeks “to establish the City’s right to control future use of the Santa Monica Airport property.”

Santa Monica officials sued the Federal Aviation Administration on Thursday to gain control of the city’s embattled airport, which local groups want to turn into a park.

Filed in U.S. District Court in downtown Los Angeles, the lawsuit seeks a formal declaration that the city holds clear title to the property, which contains the oldest operating airport in the county.

Gus Lira, JetOptions Vice President says “our Los Angeles air charter clients utilize the Santa Monica airport quite a bit due to the fact that it is closer to areas like Beverly Hills, Brentwood and West Los Angeles in general. The airport also allows congestion relief to other regional airports in the area.”

FAA officials declined to comment, saying they do not discuss pending litigation as a matter of policy.

The agency’s long-held position is that the city must operate the airport through 2023 under assurances it gave in exchange for federal airport improvement grants.

The FAA also has asserted that Santa Monica is further obligated to run the airport beyond 2023 because it acquired the much-improved property cost free from the government after World War II under terms of the federal Surplus Property Act.

FAA officials have said in the past that they are fully committed to preserving the federal investment and keeping the airport open and operating. 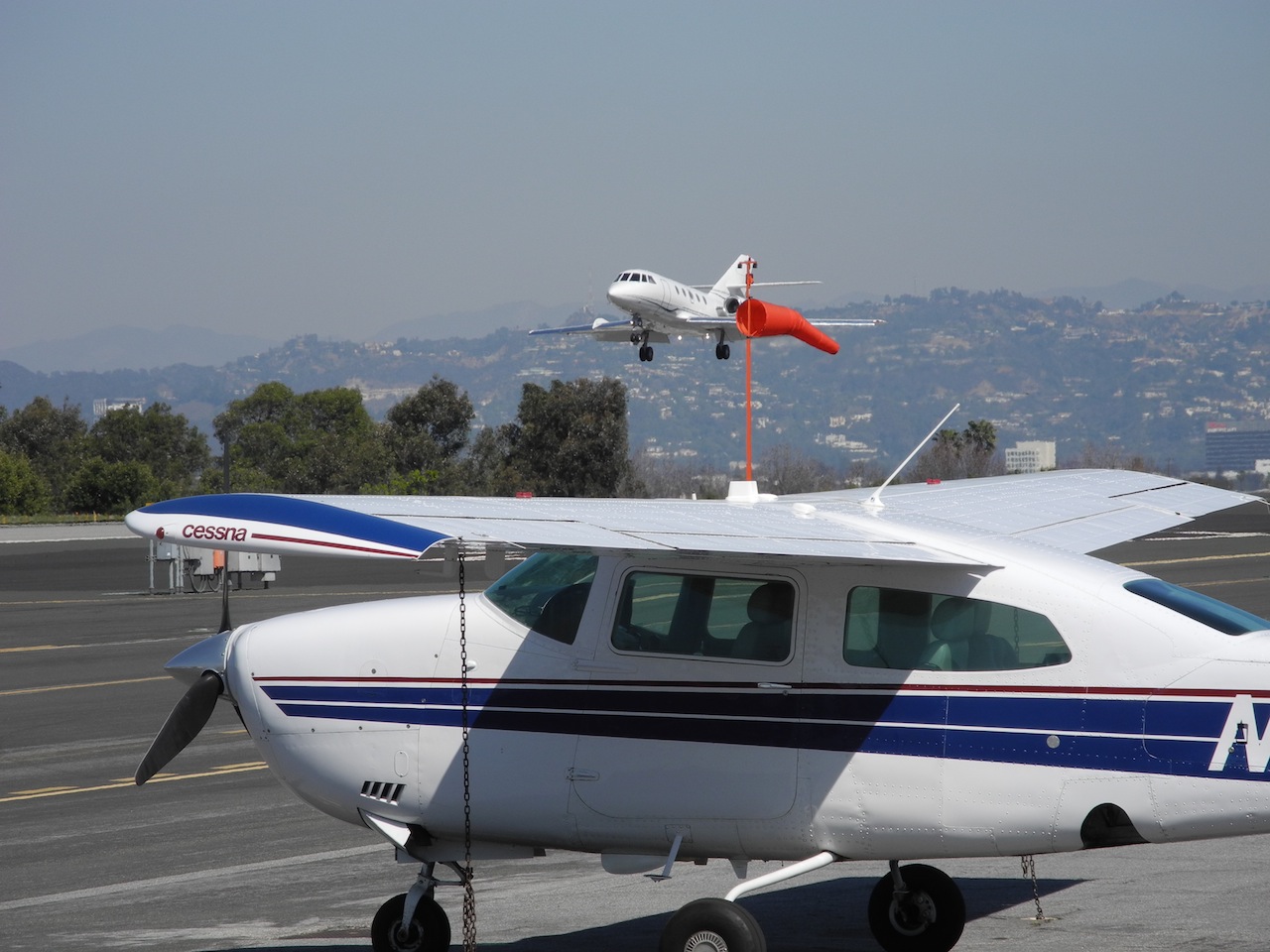