Engine manufacturer Rolls-Royce has stressed the continued importance of business aviation to the UK firm, despite falling demand in the segment contributing around £50 million ($77 million) to an expected £300 million profit “headwind” in 2016. 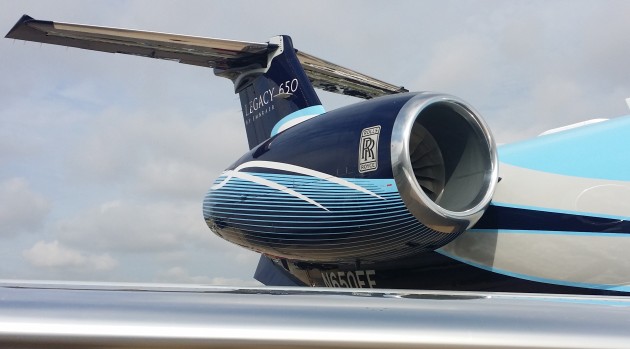 The bulk of this total will come from its commercial airliner Trent 700 programme, with weaker demand in the regional jet aftermarket also contributing – but the charge also illustrates the problems R-R is experiencing in business aviation

Not only has R-R been hit by the falling production rates of Bombardier’s flagship Global 5000 and 6000 – which are powered by the BR710A2-20 – but it has also been losing market share to its rivals in the lucrative large-cabin sector.

Continue Reading about R-R and business aviation on flightglobal.com »

Bombardier‘s stock hit a new 22-year low Friday amid reports that its new Global 7000-8000 business jet may be delayed and erroneous concerns that a major Chinese airline has turned to Boeing instead of the Montreal company’s CSeries. 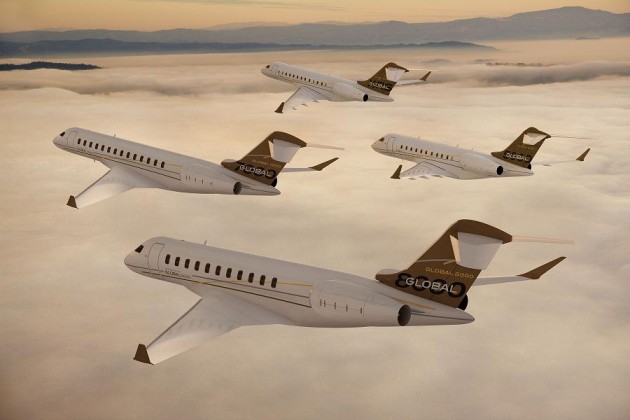 The shares hit a low of $1.84 in early trading, but were down just one cent in early afternoon trading on the Toronto Stock Exchange.

That followed a more than 10 per cent dip on Thursday.

The last time Bombardier’s shares (TSX:BBD.B) plunged so low was in 1993.

Thursday’s selloff followed a Bloomberg report that cited a company official who said Bombardier’s new leadership team is conducting “a full review of all aspects of the program, including its schedule” for its new Global aircraft.

David Tyerman of Canaccord Genuity said such a delay should not come as a surprise given that Bombardier hasn’t provided an update on the development of the Global 7000 and 8000, including the date for first flight.

On The Radar: Head-Mounted Display

Business aviation has long been at the forefront of new technology—most of it developed to improve pilots’ situation awareness and reduce their workload—that would be the envy of commercial airline crews. 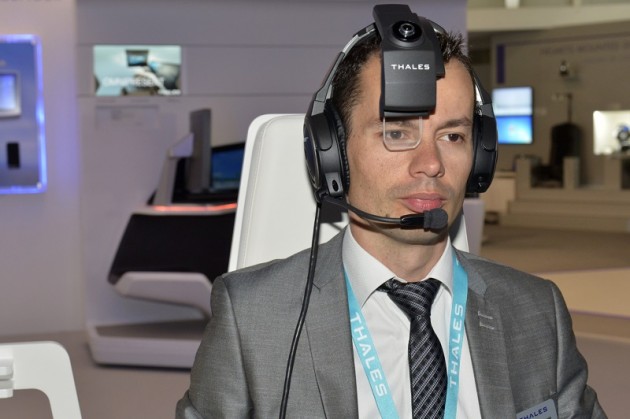 An example is synthetic vision, a 3D rendering of runways and terrain that gives pilots a sunny-day virtual view of the flight path in front of them. The first FAA-certified application of such a system was available as part of the Gulfstream Aerospace PlaneView flight deck in 2009. It could be as many as five years before such technology begins to make its way into commercial and business aviation as part of a voluntary safety upgrade movement spurred by the government and the Industry Commercial Aviation Safety Team.

What sort of technologies might be on business aviation’s horizon? One possibility is head-mounted displays (HMD) for pilots, which could be retrofitted in existing cockpits and for aircraft in development.

Gulfstream Aerospace Corp. today announced it has officially expanded its service center in Brunswick, Georgia, with the opening of a newly constructed hangar. The hangar has been fully operational since May 29, 2015. 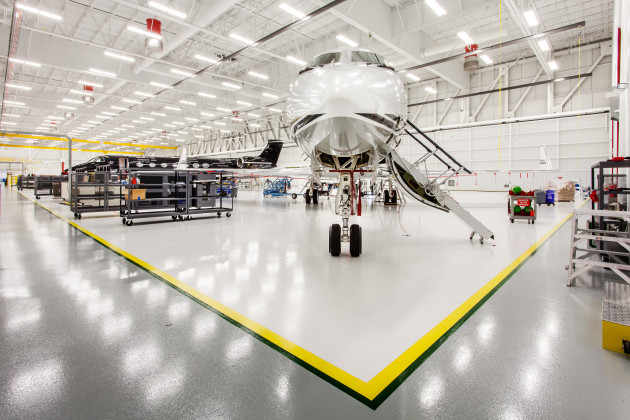 The nearly 110,000-square-foot/9,290 square-meter hangar at Brunswick Golden Isles Airport complements an adjacent Gulfstream maintenance facility and completions center. The new building accommodates all Gulfstream aircraft models and more than doubles the site’s under-roof capacity from a mixture of seven large-cabin aircraft to as many as 16. The expansion, which was announced in January 2014, has resulted in more than 60 new jobs at the site. Approximately 40 more positions are expected to be added this year.

Since its founding less than 18 months ago, Textron Aviation has been quite busy. First, there was the critical task of blending two historically competitive organisations – Cessna and Beechcraft – into a unitary corporate system. Cessna also needed to concentrate on completing certification programmes of several upgraded and new aircraft in its Citation jet family. 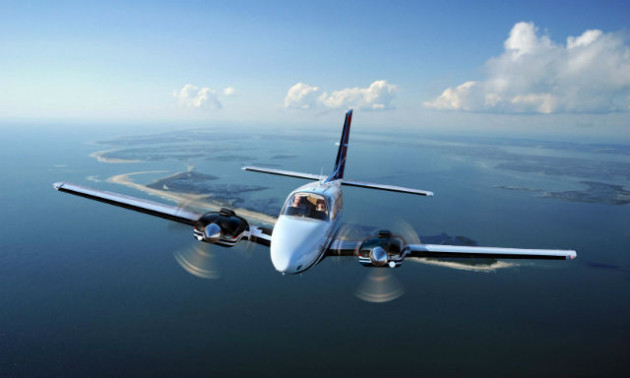 For the pistons business, on the other hand, the focus through the transition appeared to be on maintaining the status quo. A 2012 teaser by the now-defunct Hawker Beechcraft showing four new aircraft concepts on the drawing boards, including three new small turboprops and one piston-powered aircraft, has received no promotion by the new management. A diesel-powered version of the Cessna 182 is now months behind schedule, with no public timetable for delivering the new aircraft.

Despite the slow pace of progress on product development, there are signs entering this year’s EAA AirVenture fly-in in Oshkosh that the next and final step in the integration of Textron Aviation plan has already started, and it is focusing on working out the pistons business.