No one was injured when a corporate Leer jet veered off the runway on landing at the Aspen/Pitkin County Airport. The incident occurred at 12:24 pm.

Airport Director Jim Elwood says there were six passengers, two pilots and two dogs onboard the Cessna Citation jet that went off the runway at Sardy Field shortly after noon on Thursday. He said the accident apparently occurred when a landing gear malfunctioned.

No names of the occupants were available. The airport was shut down for several hours after the accident.

The accident occurred in front of the maintenance operations center and all on board got out safely. The fire department was called to clean up a fuel leak.

The aircraft left the runway and came to a stop near the Airport Operations Center approximately 150 feet from the center line of the runway. There were two pilots, six passengers and two dogs aboard. No one was injured.

“We are fortunate that this appears to have been a relatively minor incident. No word yet on what caused it. We are relieved that no one was hurt,” said Airport Director, Jim Elwood.

The aircraft’s landing gear was reportedly broken in the incident and there was fuel leaking from the airplane. The airport was closed immediately after the incident occurred and is expected to remain closed for approximately two hours while the wreckage and leaking fuel are cleared from the runway.

The cause of the incident is unknown at this time and remains under investigation. 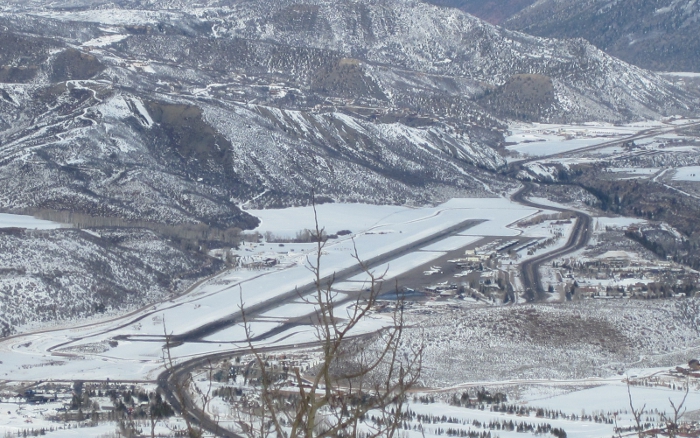