Private Jet Safety: Everything You Need to Know

Private jets have long been considered the pinnacle of luxury. It’s not uncommon, for instance, to see industry magnates, business CEOs, and influential entrepreneurs photographed in front of their personal aircraft.

But the affordability of private jet chartering is changing. In fact, businesses and individuals alike are catching on to the fact that you no longer have to be part of the elite to afford this flexible and functional means of travel.

What’s more, a combination of increased safety and security of the aircraft itself as well as a more experienced staff make private jet chartering one of the safest air travel options on the market today. 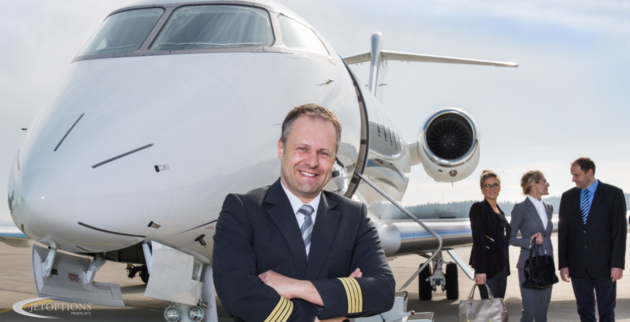 This certification demands at least 1500 hours of flight time, ten times as many compared to a commercial pilot’s certificate. And when you’re flying tens of thousands of feet in the air, every added hour of air-time experience means a safer flight for you.

No Troublesome Passengers in Business Aviation

Inarguably one of the best parts of using a charter jet service is getting to enjoy a bit of privacy. Rather than cramming into a tiny seat, shoulder-to-shoulder with two complete strangers, using a trusted charter provider lets you and your party fly without the hassle of other passengers. While convenience and comfort are obviously at play here, traveling only with people you know and trust also means you won’t have any security issues to worry about either. And in an increasingly dangerous world when it comes to air travel, being confident in your private jet safety is priceless.

One common misconception is that smaller aircraft tend to be less safe than large-scale commercial aircraft. Frankly, this couldn’t be further from the truth for a number of reasons.

First, smaller private jets are regulated just as stringently as commercial aircraft according to FAA guidelines. One difference, however, is that private jets have many more options when it comes to available landing strips than commercial planes due to their size. As such, private jet safety increases dramatically simply because they are better able to adjust to problems mid-air, should they arise.

Additionally, private jets tend to fly at a higher, less congested altitude than commercial aircraft. Many big-name airlines have a cruising altitude of around 30,000 feet. Private jets, on the other hand, will typically travel around 41,000 feet. That means fewer commercial planes to deal with and virtually no risk of a mid-air collision.

While luxury and comfort might be at the forefront of many people’s decision to fly private, one of the most beneficial characteristics of a charter service is the superior private jet safety it offers. The pilots tend to be far more experienced than their commercial counterparts, you don’t have to worry about dangerous passengers, the landing options are far more extensive, and the plane itself generally travels at a safer altitude.

Anyone looking to travel in both style and safety, then, should look no further than flying private or chartering their own jet. If you would like to experience a whole new level of both luxury and safety while you travel, take a look at the wide variety of private jet chartering possibilities at JetOptions, your trusted charter provider. At JetOptions, we ensure you travel in the most convenient, safe, efficient and comfortable manner possible. Every trip, every time.