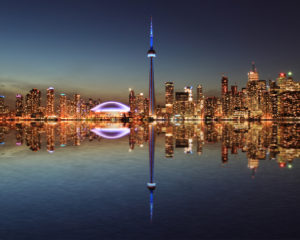 Experience the Best of Canada with a Private Jet Flight, Toronto

Take a private jet charter to Toronto and enjoy cultural diversity. Toronto‘s population is 2.7 million people in the city that includes some distinct neighborhoods. Explore diverse areas that hold the Distillery District, Chinatown, and Queen West.

With a private jet charter to Toronto where you can take in the festival scene. The famous Toronto Film Festival has been bringing the best of International and Canadian cinema to film lovers for the last 40 years. As the world’s first publicly attended film festival, there are screenings, lectures, discussions, festivals, workshops as well as the chance to mingle with filmmakers and film lovers from around the globe. There are other festivals you can enjoy including Digital Dreams, Electric Island and Diplo’s annual Mad Decent Block Party. Luminato is a 17-day art festival including international multi-arts and multi-platform events featuring performance, visual art, music, theater, dance and other programming.

Fly a private jet charter to Toronto and visit The Drake, the center of hip in the city. This hotel feels like it’s straight out of a Wes Anderson film and features favorite bars and restaurants where those who want to make the scene venture out. Take advantage of a black and white photo booth, the sky yard roof terrace and a coffee shop serving signature roasts. Contemporary cool is the name of the game with exposed brick walls, premium toiletries, and handmade plush toys.

If you’re a fan of fashion, take a private jet to Toronto and enjoy the best of the threads. APC, Durumi, Haven, and Gravitypop are a must stop. For those who want to enliven their homes, go to Spacing Store, Easy Tiger, and Likely General. Vintage lovers will find a difficult time staying away from In Vintage We Trust, 96 Tears, and Siberia. Whether you’re interested in neighborhood haunts or popular spots, there’s something for everyone in this great city.

Much like its American neighbor to the south, New York City, Toronto is a city made for night owls. There are dive bars, brew houses, and late night restaurants. Stop by Thirsty and Miserable, Sauce and The Done Right Inn as an appetizer to a night on the town. If you want food that embodies the best of Toronto, stop by Boralia for a modern take on traditional recipes. And don’t forget their delectable desserts!

Take a private jet charter to Toronto with JetOptions Private Jets. Call us, email us or use our private plane charter quote request below.