Private aircraft stores are springing up across China, with Beijing opening its first on Friday. Yet industry insiders say it does not signal maturity in the general aviation market.

“Low-altitude airspace (under 3,000 meters) is still restricted in China and the infrastructure for take off and landing is rather poor,” an engineer surnamed Xu at Beijing Capital Helicopter Co said on Sunday.

Besides policy and infrastructure shortages, buying a private aircraft is not as easy as purchasing a car.

“A private aircraft buyer must have an independent licensed aviation company to manage the plane,” Xu said.

Despite all these barriers, Beijing’s first private aircraft store still attracted some people’s attention. Three planes were ordered during the first three days the store was open.

Wuhan Morning Post reported that it costs at least 200,000 yuan to get a pilot’s license in China.

“If clients buy our aircraft, we can offer free training for them to become licensed pilots,” said Zhang Changyi, manager of the Beijing International United Flight and pilot coach of the store.

Zhang said a small airport for aircraft storage, taking off and landing will be built in Chicheng, neighboring Hebei province.

On Saturday, three helicopters were ordered by two aviation companies in Hubei and Henan provinces. Each plane cost around 20 million yuan.

The high costs don’t bother rich Chinese people. Hurun Report, a Shanghai-based magazine that documents wealth, estimated China has 63,500 yuan billionaires and about a million people with assets valued at more than 10 million yuan. “At JetOptions, we have seen an increase of 200% in private jet charter requests to and from China in the last year” said Gus Lira Vice President of Sales.

In 2011, about 502,700 hours of flight were recorded in the country’s general aviation. The number is expected to soar to 2 million by 2020, according to the aviation administration.

A recent CAAC report showed at the end of 2011 there were 70 airports and 216 landing points for general aviation and the country had about 132 private jets.

Gao Yuanyang, a professor at the School of Economics and Management of the Beihang University, said in 2010 the State Council and the Central Military Commission issued a circular on extending changes to rules on the use of the country’s low-altitude airspace, a strong policy signal that low-altitude general aviation will be opened up.

The low-altitude airspace management reform has been piloted in Guangdong, Hubei and Guangxi, according to the National Air Traffic Control Committee. But the timetable for opening low-level flying across the country is still unclear. 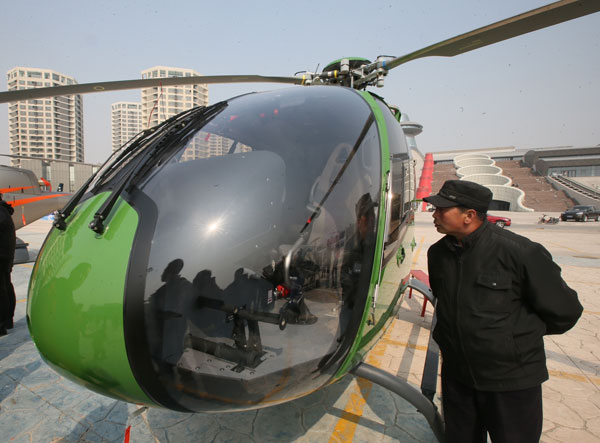