A historic moment for Pilatus Aircraft Ltd and a milestone in Swiss economic history: the rollout of the PC-24, the very first business jet to be “made in Switzerland” is just around the corner. Several thousand spectators are expected to attend the roll-out event, including high-ranking guests from business and politics. Over 120 performers, including the Wiesenberger Yodel Group and well-known Swiss rapper, Bligg, will help make this an unforgettable occasion. Everyone is warmly invited to attend entrance is free of charge!

The PC-24 prototype will be unveiled to the public for the first time on 1 August 2014. The final touches are currently being made to the aircraft to ensure the twin-engine jet is ready to be rolled out of the production hangar on Swiss National Day. 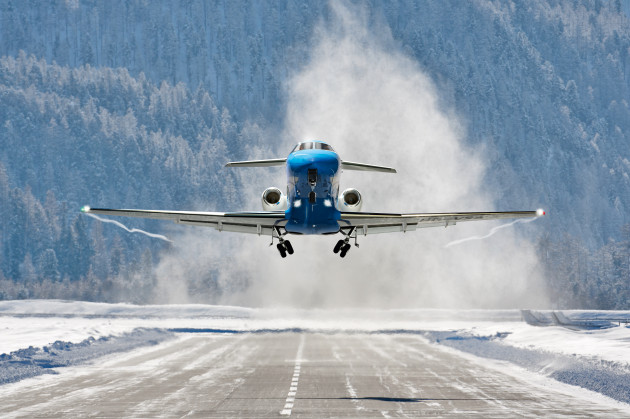 Oscar J. Schwenk, Chairman of the Board of Directors, comments enthusiastically:

“For an aircraft constructor, the roll-out is ‘the big event‘. I’m proud that we’re able to design and build an aircraft as complex as this for sale on the worldwide market. Our choice of date – Swiss National Day – was no coincidence, and is intended to show just what we can do here in Stans, in the heart of Switzerland. I’d be delighted if you, too, can join the celebration on 1 August!”

Another milestone for the Citation Latitude

Cessna announced a successful first flight of the company’s second production Citation Latitude aircraft (Serial 002). This flight marks the latest in a series of on-time milestones for the program, all of which have occurred on or ahead of schedule.

“The focus of the Latitude team has been on designing and producing the highest quality aircraft, on time and that meets our customers’ requirements,” says Cessna Vice President Jet Aircraft Chris Hearne.  “This flight is right in line with these expectations.”

Latin America is a behemoth of business aviation

If it’s true that numbers don’t lie, Latin America is a behemoth of business aviation.

Looking at fleet size alone, most analysts consider that Brazil and Mexico have the world’s second and third largest fleets. Granted, they are small compared with the US bizav fleet, but they still come in ahead of European leaders.

With such figures in mind, it may be a stretch to continue to categorize Latin America as an emerging market. For example, in 2013 the Brazilian fleet grew 7.2% from 2012 (from 1458 to 1564 aircraft). Argentina also posted an impressive growth rate, with its fleet growing by 5.2% (from 307 t0 323 aircraft). Another country that is becoming a hotbed for business aviation is Colombia, which enjoyed a 10.0% growth rate (from 287 to 317 aircraft).