Wednesday afternoon fractional operator PlaneSense took delivery of the milestone 1,200th PC-12 at its Portsmouth, N.H. headquarters, during a ceremony hosted by PlaneSense founder and CEO George Antoniadis. Pilatus Business Aircraft president and CEO Thomas Bosshard was among the guests. The aircraft is the 49th PC-12 acquired by PlaneSense since its founding in 1995. With retirements (typically after 6,500 hours of service) and replacements over the years, PlaneSense’s current fleet counts 30 of the turboprop singles, with an average age of five years, including the four core aircraft. The 1,200th PC-12 carries the same N-number (N112AF) as PlaneSense’s first PC-12, which in September 1995 was the 20th built. PlaneSense now has close to 300 aircraft share-owners and has made 200,000 flights since it began operations. One-sixteenth is the most popular fractional share. Antoniadis noted, with clear pride, that PlaneSense relies on charter for less than 1 percent of its trip obligations to owners and has amassed an on-time departure performance of 99.5 percent, excluding factors beyond its control such as weather and ATC delays. Aircraft usage last month was up by 20 percent year-over-year. 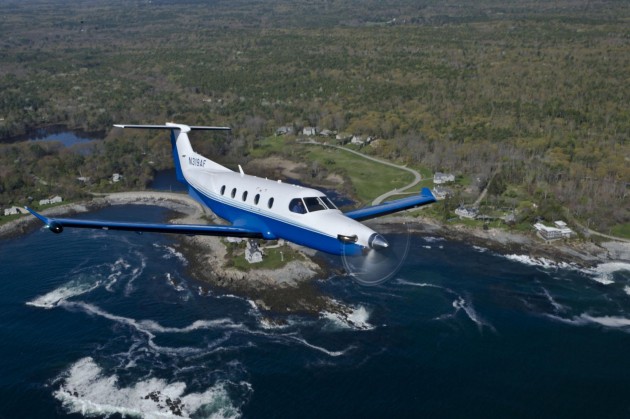