Embraer Phenom 300 and its Upward Trajectory

In the four years since Embraer delivered a Phenom 300 to its first customer the light jet climbed to the top position on the list of most-delivered business jets in 2013—47% market share in its class, to be exact.

True to form, Embraer has continued to look for ways to improve upon what obviously is an already winning clean-sheet design.

The light jet recently was granted certification from the European Aviation Safety Agency (EASA) for steep-approach operation, which enables increased descent angles of up to 5.5 degrees. The feature is available, as of May 2014, on Phenom 300 to be configured for EASA certification. 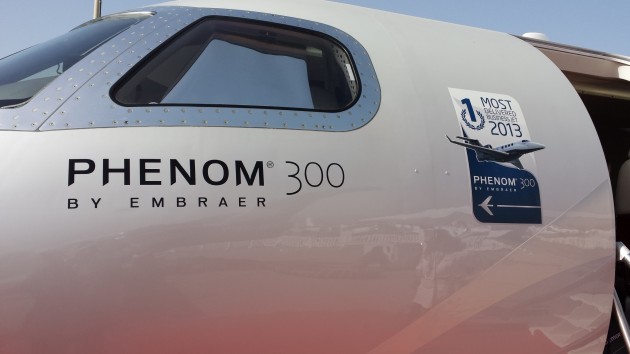 The business jet already had remarkable field performance, which some U.S. customers have described “like a rocket” on takeoff. Powering the Phenom 300 are two Pratt & Whitney Canada PW535E engines.

“This certification enhances the Phenom 300’s operational flexibility,” said Marco Tulio Pellegrini, president and CEO of Embraer Executive Jets. “Our European customers will be particularly pleased to have access to special airports, such as London City.”