Business Aviation Outlook: Even Slow Growth Will Be Hard To Sustain

In a slow and uncertain recovery since its post-2008 collapse, the business aviation industry is settling into a slightly different shape than it had before the global economic crisis. That form is firmly tilted toward the heavy end, where demand has been resilient.

Across the industry, new-aircraft development is focused on large-cabin business jets while at the lower end of the market—which is recovering only slowly, if at all—the emphasis is on product upgrades and even remanufacturing of existing aircraft.

Aviation Week Intelligence Network analysts forecast deliveries of some 4,940 business jets valued at $141 billion over the next five years, down 5-6% from a year ago. This is roughly in line with the industry’s own projections. Honeywell forecasts deliveries of 9,200 aircraft worth $270 billion in 2015-25, with a 3-5% reduction in value from its 2014 market outlook. Embraer’s 2016-25 forecast is 9,100 jets.

While business aviation has been recovering from its post-2008 low point of just 633 business-jet deliveries in 2012, it is bracing for a reversal in 2016 before the modest growth rate resumes. Honeywell expected 2015 to close with up to 725 jet deliveries, a single-digit percentage increase from 2014. But the aerospace supplier predicts a slightly lower number of deliveries in 2016 on weaker emerging-market demand, with growth finally resuming in 2018.

Continue reading about the business aviation highlights of 2015 on AviationWeek.com->

Honda Aircraft Company today announced it has begun deliveries of the HondaJet, the world’s most advanced light jet. The company delivered the first aircraft today at its world headquarters in Greensboro, North Carolina. This milestone follows final type certification from the Federal Aviation Administration (FAA), which the HondaJet received on Dec. 8.

“We are very excited to commence deliveries of the HondaJet, fulfilling Honda’s commitment to advancing human mobility through innovation,” said Honda Aircraft Company President and CEO Michimasa Fujino. “Honda Aircraft has now extended this commitment skyward with the delivery of our first aircraft, and I hope we soon will begin to see many HondaJets at airports around the world.”

Honda Aircraft Company is manufacturing the HondaJet at its world headquarters in Greensboro. The aircraft is offered for sale in North America, South America, and Europe through the HondaJet dealer network.

Embraer Executive Jets announced that it has begun deliveries of its newest business jet, the Legacy 450. The first aircraft was delivered to LMG, an industry leader delivering show technology for corporate meetings, trade shows, live broadcasts and specialty events. The U.S. provider of video, audio, lighting and audiovisual support is headquartered in Orlando, with additional offices in Las Vegas, Nashville, Dallas and Detroit.

Continue reading about the Embraer Legacy 450 on Embraer-executive jets.com->

E1000 Remains on Schedule for 2016 Certification

Epic Aircraft, a manufacturer of high performance, all carbon fiber, single-engine turboprop aircraft, achieved a significant milestone in its E1000 certification program last week, with the successful maiden flight of its first conforming flight test article, code named FT1. The company remains on track to achieve Type Certificate and begin customer deliveries during 2016. The Epic E1000 prototype FT1, sporting tail number N331FT, took its first flight on Saturday afternoon, December 19th, at approximately 16:00 from the Bend Municipal Airport (KBDN). Upon completion of the scheduled 20-minute flight, Epic Chief Pilot, David Robinson, reported: “The aircraft handled extremely well and performed just as expected.” “This is a tremendous accomplishment and I couldn’t be more proud of our team. We achieved our goal to fly FT1 by the end of the year, thanks to the hard work, long hours and dedicated commitment of our entire staff. The timing just before Christmas gives us even more to celebrate this holiday season,” adds Epic CEO, Doug King. 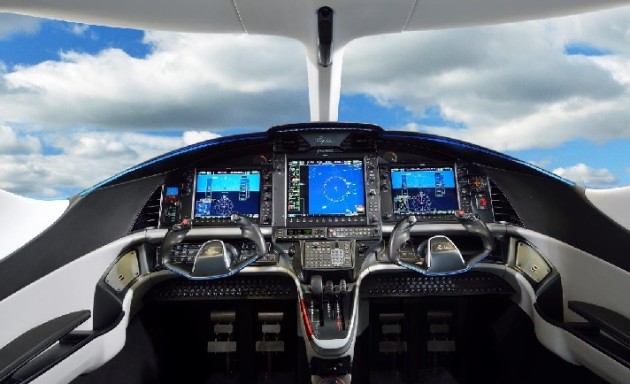