Stage 2 airplanes have not been able to take off at Van Nuys between 10 p.m. and 7 a.m. for many years, but they can land at any time. However, as of Jan. 1, 2016, no Stage 2 operations are allowed in the lower 48 U.S. states, so the Trolltune STC provides two years of operating relief at Van Nuys for GIIB/GIII operators. 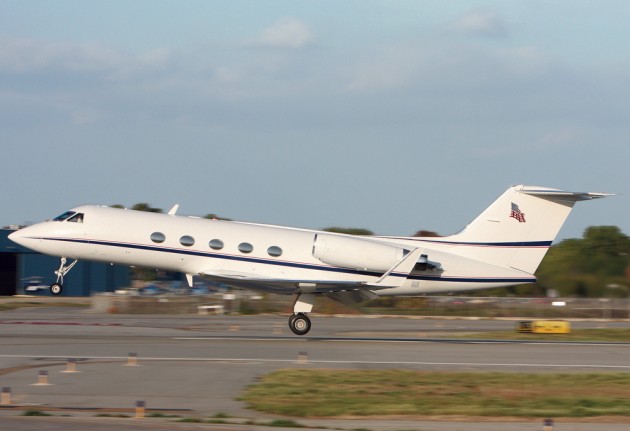 An FAA supplemental type certificate (STC) issued to Trolltune Corporation promises to help operators of Gulfstream IIB and GIII (G-1159B & G-1159A) airplanes fly within strict noise limits at the Van Nuys Airport (KVNY) in Southern California. The STC isn’t a Stage 3 hush kit, explained Trolltune president Tom Storli, but cuts takeoff noise by three decibels – from 82.8 to 79.8 dBA by limiting maximum takeoff weight to 64,000 pounds. This is enough to meet the new Van Nuys limit of less than 80 dBA. That limit is a City of Los Angeles ordinance that took effect on January 1 this year.

While the STC is simple to accomplish with a placard and some paperwork, Storli spent two years researching and flight-testing the mod. The Trolltune STC costs $37,000, just a fraction of what a Stage 3 “hush kit” would cost. Because older Gulfstream values are so low, he explained, operators may be balking at the cost of hush kits. “Others want to defer that decision, and this STC allows them another two years to decide in the case of Van Nuys.”

Operationally, the 8% reduction in MGTOW has little impact to the airplanes’ performance. Only takeoffs using 10 degree flap settings (most normal takeoffs use 20 deg) require simple new procedures. Since superior initial climb and cruise altitudes are achieved, only a minimal range impact is encountered.

Dassault is the Indian market leader for large cabin, long range aircraft, with 22 aircraft currently in service and several more on order. Most of the new aircraft orders are for the longest range Falcon models, capable of flying non-stop to London City Airport from anywhere in India.

The Falcon 2000 twinjet is also popular among Indian customers. Two newly introduced versions, the 3,350 nm / 6,200 km 2000S and the 4,000 nm 2000LXS, will offer takeoff and landing performance unparalleled among wide body jets – comparable to much smaller midsize and super midsize models. Like the 7X and the long range Falcon 900LX, the 2000S and LXS were recently approved for operation at London City.

Dassault also anticipates a warm reception in India for its brand new 5,200 nm Falcon 5X which will offer the largest cabin cross-section of any business jet and the lowest ownership and operating costs in its class. Initial Indian orders for the large body twinjet are expected this year. The 5X is expected to make its first flight in the first quarter of next year with certification planned at the end of 2016.