The need for speed remains the catalyst behind a continuing effort by the Aerion Corp. to develop a business jet that can fly faster than the speed of sound.

“We don’t think there’s any doubt this is clearly the next frontier,” said Brian Barents, Aerion vice chairman and a former executive at Bombardier Learjet and Cessna Aircraft in Wichita.

“There’s clearly a demand for speed, and we feel that we’re in a good position to take advantage of that demand,” he said.

Reno, Nev.-based Aerion wants to be first to the market.

Gulfstream also has a small supersonic jet research program. It does not yet have an aircraft. Its program is dedicated to mitigating the sonic boom created by supersonic flight.

Aerion was founded in 2002 by Texas billionaire Robert Bass to develop and commercialize supersonic transportation.

The last supersonic flight took place 10 years ago when the Concorde, a commercial airplane built by Britain’s British Aircraft Corporation and France’s Aérospatiale, took place on Oct. 24, 2003. Falling passenger demand and rising maintenance costs prompted British Airways and Air France to discontinue flying the Concorde, they said at the time.

But manufacturers have continued to pursue the technology.

Aerion is deep in research.

It has been working with NASA’s Dryden Flight Research Center to conduct testing.

In the first five months of 2013, they conducted a round of 11 flights with a 40-inch by 80-inch Aerion test article mounted underneath an F-15 research plane and flown up to two times the speed of sound.

The test article was engineered to represent the Aerion wing flow and pressure conditions in supersonic conditions, the company said.

If all goes well, Aerion plans for a supersonic business jet to enter the market in 2021. 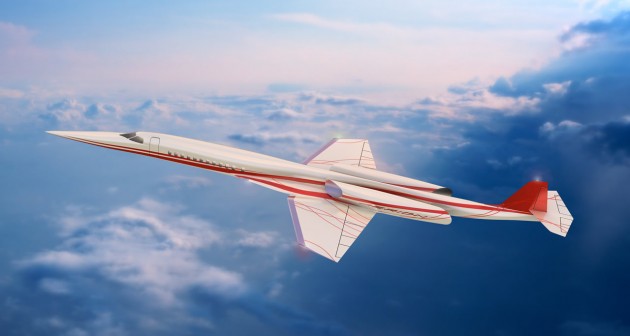