Fog greeted early arrivals to the NBAA Business Aviation Regional Forum in Seattle this morning, but it soon burned off under the unseasonably warm 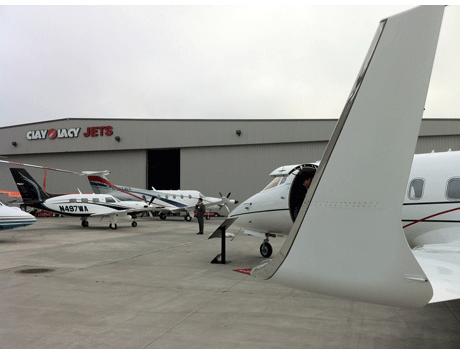 sun shining on the event, which was held today at the Clay Lacy FBO at Boeing Field. More than 800 people pre-registered for the forum and 80 exhibitors filled one of Clay Lacy’s hangars. An Embraer Legacy 650 was the largest jet of the 16 static-display aircraft, which included a Piper Meridian, Quest Kodiak and Hawker 4000. During the opening session, NBAA president and CEO Ed Bolen warned local business aviation operators about the threat of the federal government imposing a $100 per flight user tax on turbine operations. This could be a high risk during the “lame duck” session of Congress, he said. As they have previously, NBAA and other aviation associations are urging the government to stick with “far more efficient” fuel taxes. “Fuel taxes work,” Bolen told attendees. “User fees destroy. A $100-per-flight fee would cause us to suffocate.” Other sessions during the forum included local tax issues presented by CenterPoint Aviation Law; loss-of-control mitigation strategies for business aircraft operators by Aviation Performance Solutions; transitioning to digital charts by Jeppesen; and Future Air Navigation System update by Universal Avionics.