This year’s 2019 NBAA-BACE annual conference and convention is held at the Las Vegas Convention Center and the Henderson Executive Airport. This is one of the largest trade shows in the United States and the largest gathering celebrating all areas of business aviation over the three-day convention.

In the convention halls, you’ll find everything you need for the purchase, outfitting, maintenance, and fueling of planes throughout the United States and worldwide. At the static display of aircraft in Henderson, you’ll find new jets from Bombardier, Dassault, Embraer, Gulfstream, HondaJet, Textron, along with Boeing Business Jets, Airbus, Bell Helicopters, and a large selection of aircraft for sale.

This 69th annual convention theme is “The Future of Aviation.” You’ll find inside many brand-new experimental and personal small aircraft that are introduced this year. On the convention floor, you’ll see in person many of these new aircraft trends and concept vehicles for flight.

Another leading trend for this year’s show and for the future is sustainable fuels for aircraft.

Organizers announced today for the first-time availability of sustainable aviation fuels (SAF) at Henderson Executive Airport (HND) as part of the event’s static display. An essential part of the show’s week-long focus on sustainability, all turbine airplanes fueling at the airport will add a mixed amount of SAF before departure. Sustainable aviation fuel is a non-fossil power source that can lessen aviation’s carbon lifecycle emissions by up to 80%. After displayed aircraft refuel and depart at the show’s close on Thursday, October 24. It’s estimated that 150,000 gallons of SAF are expected to have been utilized at Henderson. 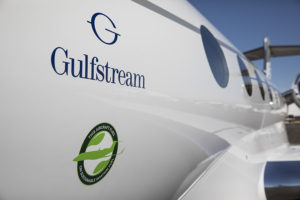 It wouldn’t be an NBAA convention without business leaders from aviation, entrepreneurs, and many well-known company leaders and athletes. You’ll recognize names from day one of the keynote speakers lists. Ross Perot Jr., Sky Dayton, Stuart Walton, and Magic Johnson are all scheduled to deliver addresses to NBAA attendees throughout the day.

Additionally, this is where many companies make their announcements and’s unveilings of brand-new aircraft. Look for a brand-new jet from Gulfstream to be announced this year. 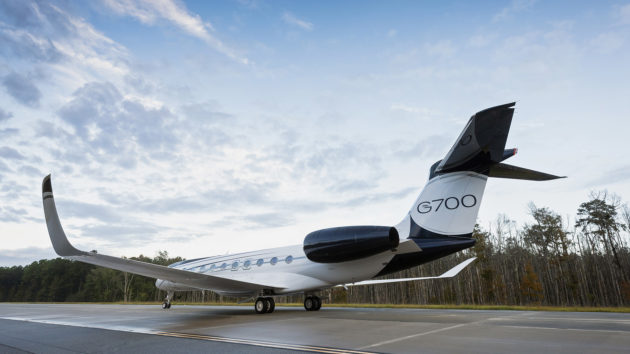 Look for Gulfstream to begin deliveries of their new flagship in 2022.

JetOptions Private Jets is a proud member of the NBAA and NATA. Look for more updates from this year’s convention in Las Vegas on the blog. We stay current with all the latest in the aviation industry. Our air charter clients fly with the security of our A+ Rating, and our ARGUS and Wyvern registrations. Learn more by calling us today!