The World’s Most Expensive Private Jet For $500 Million

A story in the Business Insider

The most expensive private jet ever created—an A380 double-decker from Airbus, is on track to be delivered this year.

The buyer? Billionaire Saudi Prince Alwaleed bin Talal, an investor with a thing for dwarfs who calls himself “the Warren Buffett of the Middle East.”

According to Dealbook, Prince Alwaleed is spending “well in excess of $500 million” on the jet, including custom amenities.

The original plans included “a garage for two Rolls-Royces, a stable for horses and camels, a pen for hawks and a prayer room that rotates so it always points toward Mecca,” Dealbook writes of the plane, which was ordered in 2007.

He’s not the only wealthy person in the Middle East taking delivery of an outsize private jet this year, either.

Last month, Boeing delivered a model of its biggest jet, the 747-8, which can carry up to 460 passengers, to a private customer who is believed to be the emir of Qatar, according to Dealbook. 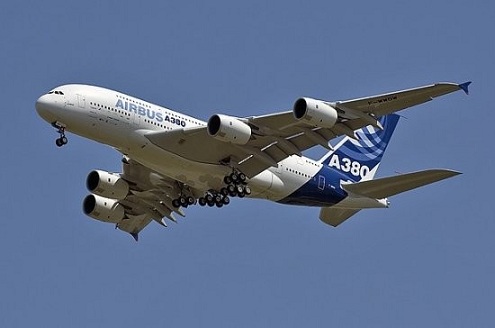