London Oxford Airport reports a notable increase in the number of heavy jets transiting through the airport in the weeks leading up to the Olympics in London.

Compared with the same period of last year it welcomed 180% more Gulfstreams, Global Express and Falcon 7X aircraft and benefitted from the fact that with one London airport full, it saw its first use by Boeing Business Jets. 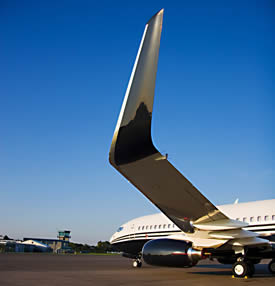 The BBJ, at 77 tons, is the biggest aircraft ever to come to Oxford Airport.

These heavy jets accounted for over 50 slots – headed primarily for the USA or Middle East and endorsing the investment by the airport’s owners in 2007, to improve its runway bearing strength, enabling it to regularly accept aircraft such as the 55-tonne Embraer Lineage (EMB-190) and larger Airbus types.

With Oxford’s new state-of-the-art Thales radar going live at the beginning of July, this summer’s Oxford-bound traffic has also benefitted from notable enhancements in approach procedures and speed of access to the airport with separation times between inbound aircraft more than halved, safely allowing a much higher throughput.

JetOptions regularly flies into all London airports including London Oxford.