Learjet 85 gets its wings

The first wing shipment for Bombardier’s Learjet 85 jet has arrived at the company’s Wichita assembly line. It is now in the process of being readied for mating to the fuselage of Flight Test Vehicle one (FTV1).

Alongside the arrival of the first complete Learjet 85 aircraft wing, the fuselage for FTV2 has completed its integrity inspection. Installation of the nose, bulkheads, floor, windshield, and door surrounds are scheduled to begin in the coming days. Once complete, the main fuselage will be shipped with the aft fuselage to the final assembly line.

Wings for the complete aircraft static test article are expected to arrive from Queretaro by the end of November as preparations for static ground testing continue. Elsewhere, the program is soaring along as all system supplier safety of flight test rigs has been commissioned. Read the full story here. 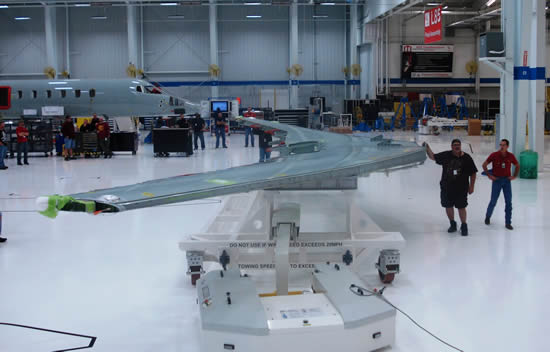