Bombardier Aerospace announced today that just one year after launching the Learjet 70 and Learjet 75 aircraft, it is returning to this year’s edition of EBACE with the first production Learjet 75 jet. Alongside the debutante will be three additional class-leading jets. The Challenger 300, Challenger 605 and Global 6000 aircraft will all be on display from May 21 – May 23, 2013 in Geneva, Switzerland at the 13th European Business Aviation Conference and Exhibition.

“This year’s edition of EBACE will once again highlight Bombardier’s leadership in the industry,” said Steve Ridolfi, President, Bombardier Business Aircraft. “The debut of the Learjet 75 aircraft marks another exciting year of innovation and we look forward to delivering the  first aircraft in the fourth quarter of this year.”

Bombardier Customer Services team members will be on hand to highlight the continuing growth of its comprehensive support network. Within the past year, the team has converted its Frankfurt parts depot to a full-service hub to accommodate a wider range of parts transactions, opened a business aircraft-focused Regional Support Office in Farnborough, U.K. and continued to drive greater volume and capabilities at its wholly owned Service Centre in Amsterdam, Netherlands.

Learjet 75 aircraft: The Learjet 75 jet features the pioneering Bombardier Vision Flight Deck with an interior influenced from its bigger stablemate, the Learjet 85 aircraft. This jet will soar above the traffic with a maximum altitude of 51,000 ft (15,545 m) and is capable of flying more than 2,000nm (3,704km)* between Geneva and Cairo non-stop*. 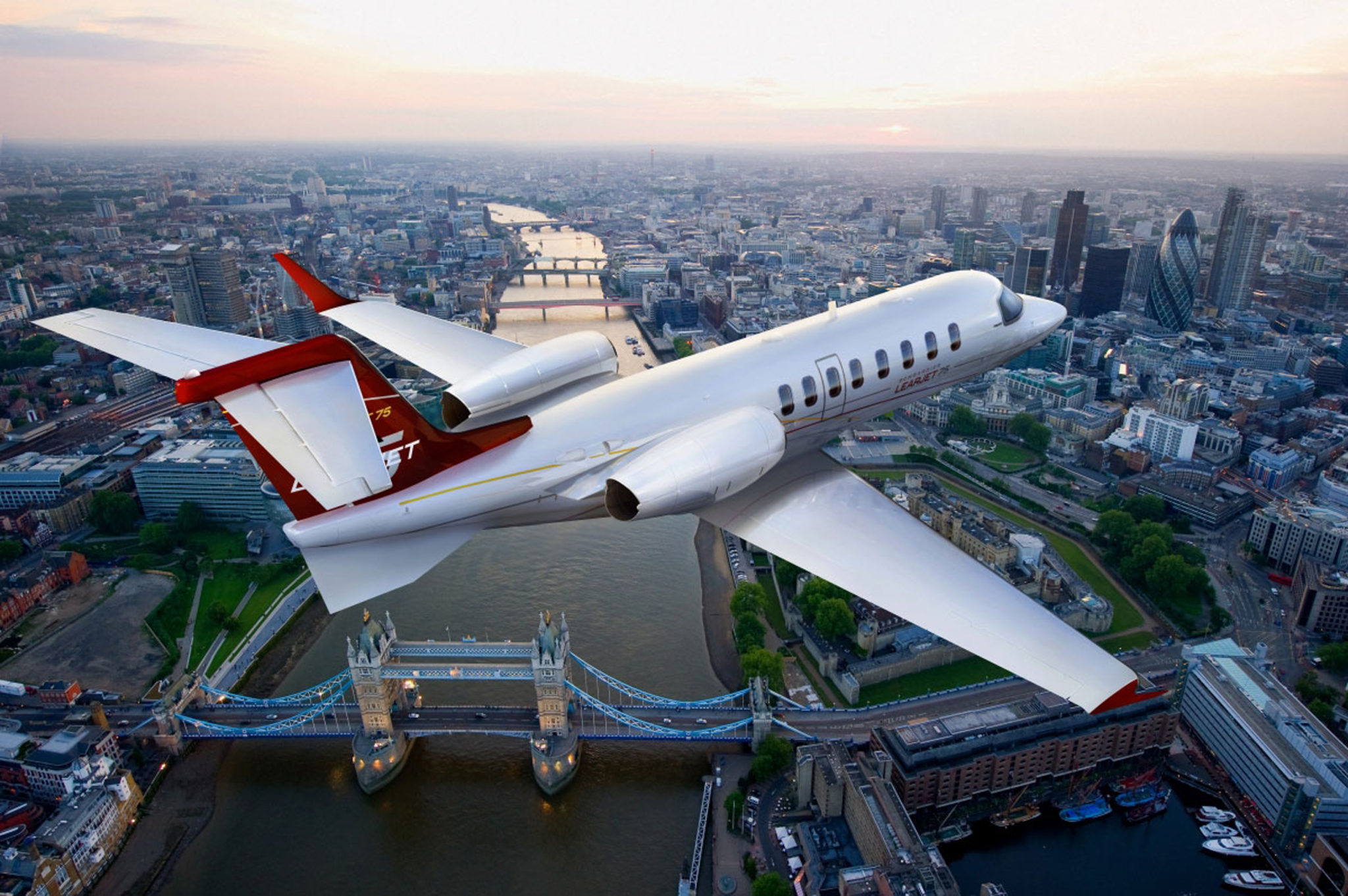 Challenger 300 aircraft: The dependable Challenger 300 jet offers true transcontinental range and superior long-range cruise speed, with eight-to-10 passengers. Its 3,065nm (5,646km) range connects Geneva with Dubai non-stop and NBAA IFR reserves. Its superior airfield performance allows it to operate out of 5,000 ft (1,524 m) runways with ease*. The Challenger 300 jet offers the best performance and value in its class, combined with a dispatch reliability that has consistently been above 99.7 per cent, it has exceeded customer expectations since its entry-into-service in 2004. Challenger 605 aircraft: The revered Challenger 605 jet builds upon the legacy of productivity, quality and reliability of its predecessor, the peerless Challenger 604 jet. Leading its market share segment throughout the world, the Challenger 605 aircraft features one of the widest stand-up cabins of any large category business jet available today and can soar six passengers 4,000 nm (7,408 km) from Geneva to Montreal*.

Global 6000 aircraft: The Global 6000 jet’s large cabin size and levels of comfort, combined with an optional stand-up shower and the Bombardier Vision Flight Deck, offers a perfect blend of high-speed range capability and traveller comfort. Offering the ultimate in technology, this intrepid jet can link Geneva with Tokyo and Geneva with São Paulo, non-stop, with eight passengers and three to four crew aboard*.