Fifty years ago today, Bill Lear stood on a runway and watched his life savings lift off from an airport in Wichita, Kansas. He was 61, and had amassed a fortune in the consumer electronics age. But the jet age was upon us, and the serial entrepreneur saw a chance to build a business around his passion, flying.

LearJet would become synonymous with private jets and set the standard for decades, due in equal measure to Lear’s insistence on high performance and a savvy marketing strategy that relied on social media long before anyone knew what that meant.

But the story almost ended just a few months after that momentous first flight when the original prototype came down almost as quickly as it went up, then erupted in flames just beyond the runway. Lear could only watch in dismay as his dream literally went up in smoke.

“Number one crashed,” recalls Clay Lacy, a longtime friend and business associate with Lear, who died in 1978. “It was the best thing that ever happened to Bill Lear.”

When the LearJet first flew on October 7, 1963, there was nothing on the civilian market that could come close to its performance. Suddenly anybody could fly as fast as the airlines. The Lear Jet wasn’t the first civilian jet for sale, but the jets that came before were bigger, much more expensive and never came close to offering the same convenience as the tiny jets from Wichita.

Today the original Lear Jet 23s and 24s are fading away because their thirsty and noisy engines are costly to operate, and not neighbor friendly at many airports. But they can still outperform the majority of private jets currently being produced. Lacy believes the Lear Jet set the bar high for every jet that came after it. And still today airplane manufacturers are trying to keep up with the little jet that almost ended its life burning in a Kansas field.

The company, which today is part of Bombardier, started in 1960 when Lear saw an opportunity to create an airplane capable of keeping up with the jet airliners growing increasingly popular in the late 1950s.

Read the rest of this story in WIRED here. 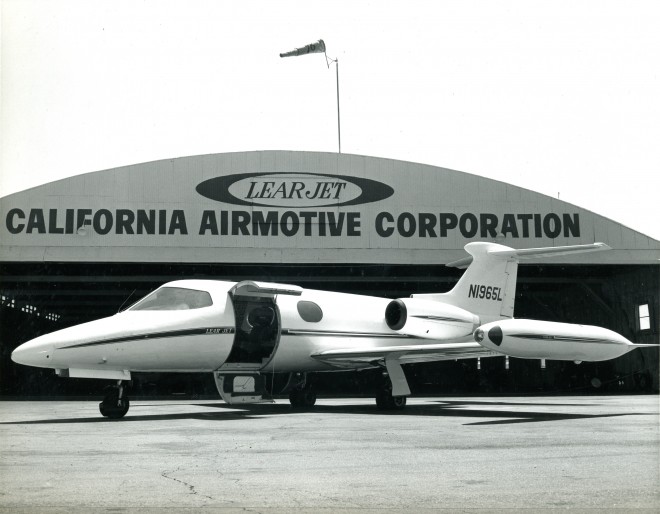