Today’s business aviation news we believe you’ll find interesting is from Aviation Week and CNBC. Three exciting articles from Aviation Week: The first one is about how the high-end segment of business aircraft, the large cabin type, has dominated the marketplace ever since the collapse of late 2008. The following article shows us what new civil technologies are currently being developed and tested or are starting to be used to change the way we fly shortly. Also, from Aviation Week, we have a story about the use of side sticks in commercial aviation and how fewer manufacturers are resisting it, and why. Another article we found is from CNBC, and it is about how lower oil prices affect private jet charter rates. We have already seen several operators dialing back fuel surcharges, and we expect that trend to continue since we are getting close to 2009 prices. As always, if there is a story or a theme you’d like to see covered here, let us know -Ed.

The size makes a difference in the post-collapse business aviation marketplace.

Once upon a time, it was enough for a manufacturer to have one high-end jet at the top of their business-an aircraft product line. But the resiliency of “heavy metal” sales through the prolonged business aviation downturn following the market collapse in 2009 has changed that. The salami-slicing of market sectors that began with light jets has come to the large-cabin category.

Large-Cabin Aircraft Like the G650 to Dominate Business Jet Sales

The reason is apparent. Honeywell says large-cabin aircraft will make up 75% by value of business jets delivered in the near term, increasing to 85% over the next decade. That is 60% of the 9,450 aircraft Honeywell forecasts will be delivered in 2015-24. Offering customers a more comprehensive range of large aircraft is a strategy for success in such a market.

Continue reading the article about large-cabin aircraft sales on AviationWeek.com>>

Plummeting oil prices are turning out to be a boon for people looking to charter private jet aficionados. 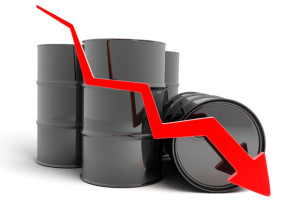 The cost of Jet A, a type of fuel used by private jet aircraft, fell 7 percent to 9.5 percent in the past 12 months, based on research conducted by a research firm. Magellan anticipates this trend to continue as the retail market catches up with wholesale oil prices.

Continue reading this article of how cheaper fuel is affecting private jet charter rates on CNBC.com>>

There is general agreement that fly-by-wire (FBW) is the control system of choice for most new aircraft, military or commercial, but there is less unanimity about sidesticks. Airbus uses them; Boeing does not, not even—so far—in its military aircraft. 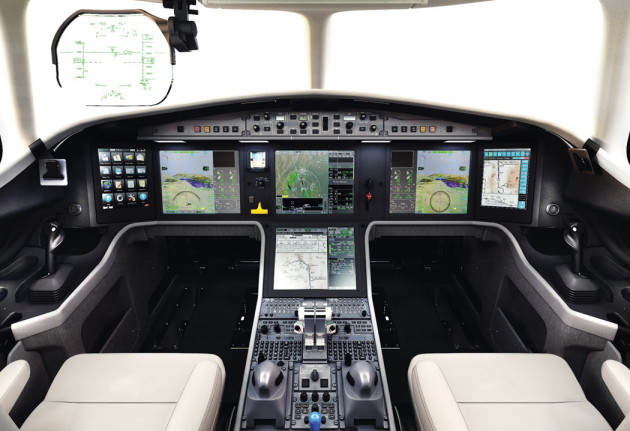 The Dassault Falcon 5X uses a side stick control.

But the list of manufacturers yet to embrace the sidestick is growing shorter. Bombardier selected them for its CSeries airliner and has switched to FBW and sidesticks for its new Global 7000 and 8000  business jets. Dassault, Embraer, Bell, Sikorsky, Comac, Irkut, and Sukhoi are all adoptees.

Continue reading this article about sidestick controls on aircraft on AviationWeek.com>>