A bankruptcy court judge on Friday denied a request from Hawker Beechcraft to give eight of the Wichita OEM’s “senior leadership team” as much as $5.3 million in bonuses. HBC had filed the request with the U.S. bankruptcy court on August 15, describing the bonuses as based on the achievement of certain incentive goals. Judge Stuart Bernstein, however, ruled that the level of the incentives was set too low to qualify as anything more than a retention program. Nevertheless, the company does not plan to drop the matter. Responding to the bankruptcy court’s decision, HBC said in a written statement, “Hawker Beechcraft’s Key Employee Incentive Plan was designed to recognize the critical role that the leadership team has in the company’s ongoing restructuring process, and we are evaluating next steps toward amending the incentive plan so that it conforms to the guidance in the court’s opinion.” In other news, Hawker Beechcraft employees represented by the International Association of Machinists and Aerospace Workers union overwhelmingly voted on Friday to accept proposed changes to their pension plan. The approved deal freezes the pension plan at the end of this year and prevents Hawker from terminating a defined-benefit plan. Also, under the deal Hawker agreed to fund about $195 million in unfunded liabilities for its pension plans. 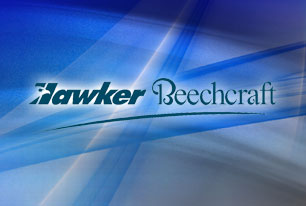