JPMorgan North America Equity Research is forecasting a 5-percent rise in business jet deliveries this year, according to the firm’s latest monthly  business jet report. It predicts that 627 business jets (excluding very light jets) will be shipped this year, compared with an estimated 596 jet deliveries last year. An exact 2012 total won’t be known until all the aircraft manufacturers report their figures over the coming weeks. If fourth-quarter sales intake at Bombardier is any indication, 2013 could be a good sales year for business jet manufacturers. According to JPMorgan, Bombardier “generated strong order volume in the fourth quarter,” reporting orders for 124 business jets, boosted by 56 Globals from VistaJet. “But the book-to-bill ratio was 1.13:1 even after netting these [VistaJet orders] out,” JPMorgan aerospace analysts said. “We believe Learjet orders perked up and will be eager to see whether the fourth quarter shored up the near-term outlook for Challengers.” Bombardier will report its earnings in about three weeks. Meanwhile, JPMorgan said pre-owned inventories of in-production business jets further deflated last month by 0.2 percentage points, to 10.6 percent. Average asking prices, however, fell 9 percent year-over-year, it noted. In another positive sign, U.S. flight operations increased for two consecutive months, rising 1.4 percent year-over-year in November, following a 2.6-percent climb in October. 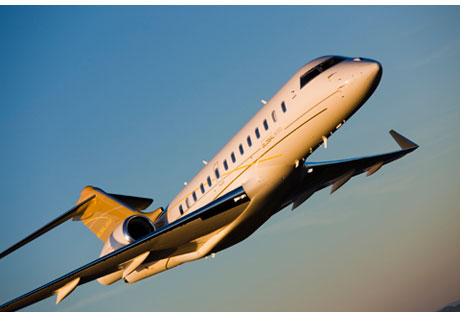