Private Jets From Around the World Fly to Olympic Games

The comings and goings of Olympic business at Biggin Hill has kept the airport team fully stretched during the first weekend of the 2012 Games.

A peak period leading up to last Friday brought 80 aircraft whose passengers were attending the opening ceremony at the Olympic Park.

Arriving from destinations in North America, Australia, the Middle East, Hong Kong, China as well as Europe, civic dignitaries, sponsors and business leaders have provided a steady flow of international visitors through the Terminal.

Robert Walters, Business Development Manager, paid tribute to the teams in the Terminal and on the ramp. 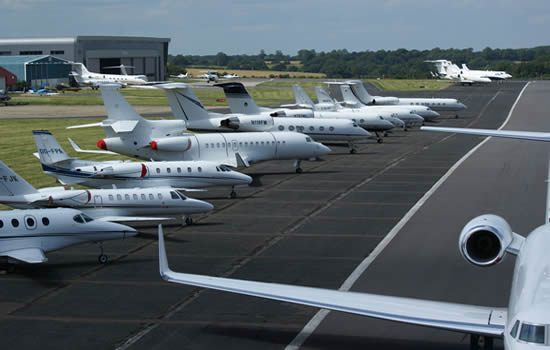 “All our staff has been working flat out for several days, providing a comprehensive gateway service for passengers and crew members. After 12 months of planning and testing facilities, there is a buzz of excitement that it is now all happening and we are very happy that our systems are working well” he says.

The number of Olympic-related slots has been steadily rising over the past week; now standing at over 1,000 for the full Olympic period with two weeks still to go Robert Walters says that slots are still available to national and international customers. “JetOptions has used Biggin Hills for some of their jets during the games and has encountered no delays or problems” said Gus Lira VP of Sales.

“The slot booking system has been well-honed and proving to be much easier to engage than anticipated. Any operator wishing to book a slot at Biggin Hill should contact us now and we will ensure a speedy confirmation” he says. At peak times, aircraft are parked on the subsidiary runway 11/29, which has been temporarily closed for the duration and incorporated into the night-lit 24-hour security area.