When It Comes To Writing About Private Jets, Ignorance Is Bliss

One of my Google news alerts is for “private jet.” It means that every day I get an email with interesting articles, from news about new FBOs (private jet terminals), new programs from charter brokers, pharmaceutical executives testifying in front of Congress, new plane launches, technology, orders, forecasts, jet owners sending their planes on relief flights after natural disasters, the Kardashians, Angelina Jolie, and so forth. It’s a mixed bag for sure, and some interesting reading.

For example, some of the same American congressmen who lauded the industry for its relief efforts after the Haiti earthquake in an official declaration and who use private aviation themselves were quick to make private jet travel a reason to whip the CEOs of the major car companies. For the CEO of a pharmaceutical company called to testify about the skyrocketing cost of the drug she was selling as her compensation increased dramatically it wasn’t surprising she was asked, “How did you get here? Certainly, my advice would be, drive, fly commercial, take the train, fly to Baltimore/Washington Airport and then take the train. Politicians playing to their constituency are always going to ignore the facts about private aviation to make a point. And yes, in some cases private aircraft is misused. The actions of those CEOs, in my opinion, lacked substantial judgment.

That said, I was surprised yesterday to read a story in the Financial Times (see excerpted article below),  The writer points to Enron, the aforementioned automotive CEOs, and several other examples of misuse to make his case. His main argument seems to be using private aircraft create “a false sense of entitlement.” He also writes, “The undeclared reason modern executives like to use private jets is that they fit their self-image more snugly than scheduled air travel.”

Needless to say, there are in fact thousands of extremely successful businesses, both public and private, that use private aviation, and use it responsibly, which the author chooses to ignore, and could have been found very easily.

Continue reading this great article by Doug Gollan on Forbes.com->

For executives who are not ostentatious billionaires —  flying in a corporate jet is often the same as flying a red flag.

The latest company to suffer jet-related scrutiny is Tronc, owner of the Chicago Tribune and Los Angeles Times. The listed company is having to defend its use of an aircraft leased from a company controlled by its chairman and largest shareholder, Michael Ferro. The corporate governance objection here is the possible conflict of interest. But it is the aviation angle that helps the story take flight. (Tronc has not commented.)

What is surprising is not that companies allow the use of private aircraft — there are a few good reasons to do so, which I will come to — but that they continue to ignore the public relations risk involved.

Such risks have been on the radar since at least 1990, when investor Warren Buffett announced, tongue in cheek, that he had named his corporate jet “The Indefensible” (he said his skeptical business partner Charlie Munger had wanted to call it “The Aberration”). But it took the 2001 Enron scandal to focus shareholder attention properly on such perks.

Continue reading this article by Andrew Hill on Financial Times->

Gulfstream G450 Production To End, Paving The Way For The All-New G500

Gulfstream Aerospace Corp. today announced it would end production of the Gulfstream G450, one of the company’s most iconic and dependable aircraft, as it prepares to launch a new era of business aviation with the all-new G500. Gulfstream is scheduled to deliver the final G450 to a customer in early 2018. 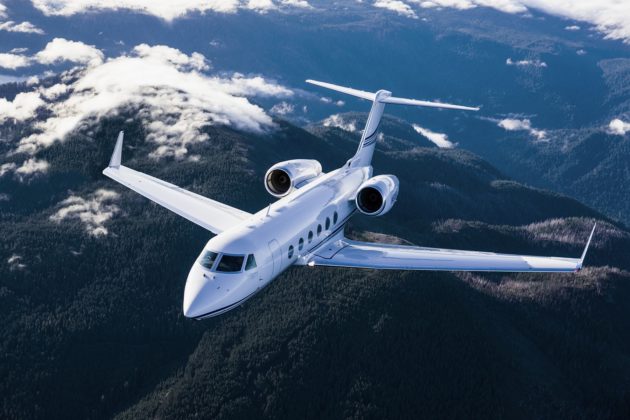 The G450 built on the successes of the GIV and GIV-SP, which have been class-leading aircraft since they first entered service. In total, Gulfstream produced more than 870 GIV, GIV-SP and G450 aircraft, which will continue to be supported and maintained by the company. The GIV family of aircraft revolutionized business aviation with increased range, industry-leading flight-deck technology, advanced aircraft systems and better reliability, all of which laid the groundwork for Gulfstream to design the innovative and revolutionary G500.

“The GIV and G450 ushered in a business aviation renaissance that has led to increased safety, greater reliability, better technology and improved performance,” said Mark Burns, president, Gulfstream. “It’s fitting that the G500 will replace the G450 and build upon its performance legacy, creating another industry game-changer from Gulfstream.”

Continue reading about the G450 End of Production on Gulfstreamnews.com->

Disruptive change is one of the world’s most overused terms. But it’s appropriate when applied to the Gulfstream G500, due for service entry in 2018. This all-new aircraft flies higher and faster than almost all current or known future competitors. Suddenly, cruising at a mere Mach 0.80 seems so 20th century. The G500’s economy cruise speed is Mach 0.85, the new standard for most next-generation large-cabin business aircraft, as well as new long-range Airbuses and Boeings.

With as much as 5,000 nm of range at that speed, the $44.65 million G500 can fly nonstop between Seattle and Seoul, Los Angeles and London, or Montreal and Montevideo. The longest trips take less than 10.5 hr. to complete. And yet it flies those missions on less fuel than any other business aircraft cruising at Mach 0.85.

When pushed to its Mach 0.90 high-speed cruise (Mmo is Mach 0.925), it can dash between Paris and New York in about six hr., depending on seasonal winds at altitude. Indeed, it can fly at that speed between any North American and European cities that are up to 3,800 nm apart.

The G500 will replace the G450 in Gulfstream’s product line and the contrasts between the two airplanes are striking. While the G450 was a reasonable, evolutionary step ahead in Gulfstream model development, the G500 is a large leap forward in aircraft design. This is the first pure Gulfstream in more than half a century to be powered by engines not made by Rolls-Royce. It’s the first production business aircraft to be fitted with Pratt & Whitney Canada PW800 PurePower turbofans, engines that share their cores with the new hyper-efficient Pratt & Whitney geared turbofans designed for commercial jetliners.

The Next 10 Years — Jetcraft

Finally, someone who can speak authoritatively about the outlook for business aviation has gone on record stating explicitly what should have been obvious for some time: it’s time to stop anticipating any sharp upturns in the market.

What the industry is experiencing and can expect in the future, according to a comprehensive 10-year forecast released this morning by Jetcraft, is a “continued settling of the market into a more regular, muted pattern.” But the fact that there will be no sharp upturns is probably a good thing, said Chief Operating Officer Peter Antonenko. “The market is exactly where it should be concerning unit deliveries.”

Jetcraft’s forecast calls for an increase in deliveries, to 7,879 aircraft valued at about $248 billion (based on 2015 prices), in the next ten years. In the short term, JetCraft expects less favorable U.S. dollar exchange rates and waning emerging market economies to hamper deliveries.

In a foreword to the market forecast, Jetcraft CEO Jahid Fazal-Karim said, “To skeptics, [the industry] may seem to be perpetually turning a corner regarding the recovery. However, the danger is not so much the slower-than-hoped-for recovery itself, but rather the possibility of creating a self-fulfilling prophecy with an inevitable downturn.”

While there is unlikely to be a return to the heady market conditions before the Great Recession, Antonenko made it clear that Jetcraft is confident about the outlook.