Customized technology from Honeywell offers a new level of comfort in the midsize business jet market with the latest offerings for crew and passengers.

A number of Honeywell Aerospace products contributed to the recent certification of Embraer’s newest midsize jet, the Legacy 500, offering a new level of comfort and reliability in business aviation. 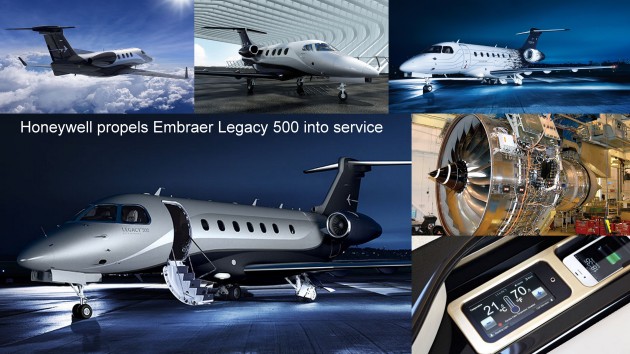 “The Legacy 500 offers a new level in comfortable business travel, and we’ve been fortunate enough to work with Embraer and its customers from the beginning to deliver a truly customized and modern flight experience,” said Benjamin Driggs, president, Honeywell Brazil. “The connectivity delivered by Ovation Select and reliability inherent in the HTF7500E engines and the new APU are going to make the Legacy 500 a productivity tool that customers won’t want to live without.”

The decision comes after a federal judge’s ruling that there was no meaningful way to challenge the designation, a situation deemed unconstitutional. In response, the Justice Department said the U.S. will change the process during the next six months. As of late last summer, about 48,000 people were on the no-fly list.

The government’s policy is never to confirm or deny that a person actually is on the no-fly list, citing national security concerns. In most instances, travelers assume they are on the list because they are instructed to go through additional screening at airports or because they are told they can’t board their flights to, from or within the United States.

The no-fly list is one of the government’s most controversial post-9/11 counterterrorism programs because of its lack of due process, long criticized because people cannot know why they were placed on the list and lack a way to fight the decision. Changing how people can challenge their designation could amount to one of the government’s most significant adjustments to how it manages the list.

A Beechcraft Bonanza is the key to adventure: http://t.co/CD5SdH6kfR pic.twitter.com/xNsWQFxTpH