A wary buyer can find a super-midsized bargain

The super-midsized Hawker 4000 (nee Hawker Horizon), in production from 2008 through 2012, suffered through one of the longest and most arduous gestations of any business aircraft yet built, requiring 12 years of development work and a $1 billion-plus investment. 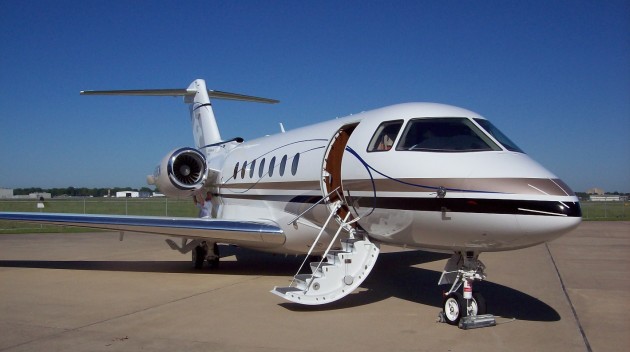 Only about 70 units were delivered and they’ve needed a lengthy list of product improvements to make them live up to their potential. Dispatch reliability remains problematic, but it’s slowly improving.

For those reasons, asking prices for used Hawker 4000 aircraft are in the $4 million-6.5 million range, 20-30% of the original retail price, well below the resale prices of less capable super-midsize aircraft.

However, if the aircraft undergoes a rigorous due diligence pre-buy process, this aircraft can be a great buy. Typically equipped, it’s capable of flying six passengers 3,100 nm at Mach 0.80. Each additional passenger costs about 50 nm of range.

The 16.7-ft.long main seating area comfortably seats 8 passengers in double club or 9 passengers with the optional 3-place, aft left side divan. The forward right side galley shares space behind the cockpit with a 2.5-ft. long avionics cabinet, but it has sufficient room for the standard wet sink, microwave oven, coffee maker and food/beverage/serving ware storage compartments. The quality of the original cabinetry, upholstery and materials was unsurpassed in the super-midsize class.

Continue reading about the Hawker 4000 on AviationWeek.com->

“Our Challenger 650 aircraft successfully entered into service in 2015 and is now about to make its European debut in 2016. Demand for this aircraft is strong around the world and with certification now in-hand, we are eager for EASA-registered customers to experience this brand new jet,” said David Coleal, President, Bombardier Business Aircraft. “Customers who are already operating the aircraft are delighted with its new cabin design, increased comfort and added productivity,” he mentioned.

Continue reading about the Bombardier Challenger 650 on Bombardier.com->

This year’s Asian Business Aviation Conference & Exhibition (ABACE) should provide important insight into the extent business aviation can pin its aspirations on emerging markets such as China. As it has in the past, the Shanghai Hawker Pacific Business Aviation Service Centre at Shanghai Hongqiao Airport will host the show, which takes place from April 12 to 14. JetOptions will be attending ABACE 2015 as we have in the past years. The slowdown in the Chinese economy and uncertainty in its stock market have inevitably raised concerns about a possible softening in demand for business aircraft and services. 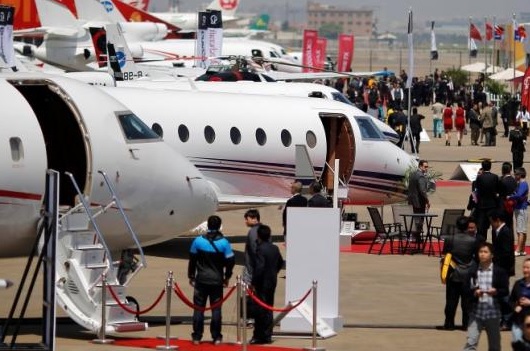 The event, staged in partnership with the Shanghai Airport Authority (SAA) and co-hosted by the National Business Aviation Association (NBAA) and the Asian Business Aviation Association (AsBAA), is described by the organizers as Asia’s premier business aviation event. Since its launch in 2012, ABACE has grown each year and now attracts 8,500 attendees from 51 countries, with 187 exhibitors from 19 countries and nearly 40 aircraft on static display at the 2015 event. China accounted for 75 percent, other Asian countries 7 percent and North America 12 percent. The visitor statistics for last year’s event show that 44 percent of attendees were executive management (owner, founder, chairman, CEO, president, managing director, partner, CFO, COO or vice president) level.

Since the April 2015 show, AsBAA has introduced membership levels for small businesses and individuals, “to open greater support to the wider industry.” It says the two new membership levels start at $500 per annum and “open up marketing support, expert advice and networking opportunities to smaller players in bizav in Asia.”

Continue reading about ABACE on AINOnline.com->

The likelihood of general aviation (GA) posting a significantly better year in terms of new aircraft deliveries in 2016 is probably slim to none. Economic uncertainty and currency fluctuations in key markets almost certainly will remain problems for months to come, just as they were in 2015. Moreover, there is little reason to believe the outlook for revenues in the energy sector—traditionally a major user of business aircraft—will be dramatically higher than they were last year.

But it would be a mistake to assume that all OEMs (original equipment manufacturers) are anticipating a lackluster year. While the overall GA market has yet to fully recover from its collapse during the great recession, at least one manufacturer is upbeat about its prospects in 2016.

Embraer Executive Jets expects to deliver up to 135 aircraft by year-end, compared to 110 last year, according to Marco Tulio Pellegrini, president and CEO. That includes 75 to 85 light jets and 40 to 50 large jets. The company finished last year with a book-to-bill ratio—a measure of orders received to units shipped— above 1.

Two-thirds of Embraer Executive Jets’ sales in 2015 were to U.S. customers. Of the five major business aircraft manufacturers, Embraer’s U.S. market share stood at 8% at the end of 2015, up from 2% a decade ago. Globally, Embraer’s market share was 17%, as of the end of last year, compared to 3% in 2005.

Continue reading about Embraer on Forbes.com->