The supersonic business jet development program continues at Gulfstream Aerospace, but until the FAA decides to define “quiet” as it relates to the so-called sonic boom, “We just don’t see a business case,” said a spokesman. In a series of patent filings last summer, Gulfstream emphasized mitigating the noise produced by the sonic boom, pointing out that regulations currently prohibit supersonic flight over populated areas. Much has been made of a preliminary sketch of a supersonic business jet provided with the filing, in particular the telescoping nose. The “Quiet Spike” telescoping nose is a collaborative program conducted with NASA’s Dryden Flight Research Center. The company, however, noted that the engine inlet is also a major factor in reducing sonic boom noise. At the NBAA Convention last October, Gulfstream senior v-p of programs Pres Henne said the company is “very close” to solving the sonic boom. In the meantime, research and development of a supersonic business jet by Gulfstream is proceeding at a pace determined by FAA regulations, a pace that itself is currently far short of the speed of sound. 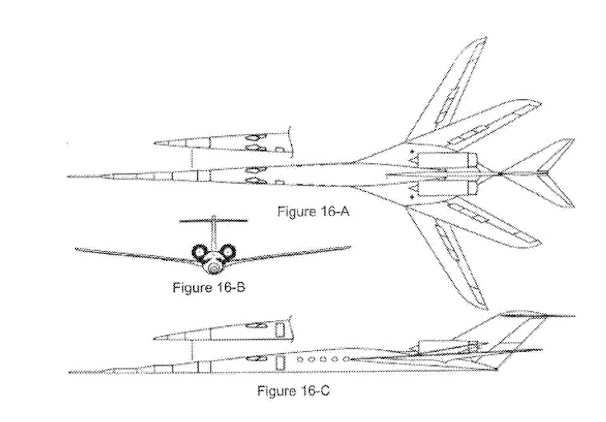