At least three independently produced business aviation forecasts within the last few months have offered perspectives on everything from trends in market demand to pre-owned airplane inventory. All but lost in this flood of information is where special-mission aircraft fit into the mix.

While the number of deliveries to companies and high net worth individuals are far greater, sales of business aircraft specially outfitted for other applications are still very important. Not only are they another source of revenue, but such aircraft also add to a brand’s cache.

Gulfstream Aerospace doesn’t exactly have a corner on this niche market, but the OEM seems to be a heavy favorite among governments around the world.

The Polish Ministry of National Defense is an example. It recently signed an agreement to purchase two Gulfstream G550s configured for VIP transport. They are scheduled for delivery in 2017.

The G550 is the most widely used in-production Gulfstream model for special missions and government applications. Its long range and ability to fly at altitudes higher than commercial air traffic appeal to customers, as do its dispatch reliability (99.9 percent) and operating costs, according to Gulfstream.

For more than a decade, the generational transition has been a hot topic in business aviation. As the average age of managers in the industry ticks higher, pundits have given advice on how to hire millennials, how to train them, how to integrate them into teams and what they expect as customers.

Now, the next generation is coming of age. Across the industry, young leaders and entrepreneurs under 40 years of age are carving a niche, and they have a unique viewpoint on the future of business aviation. So NBAA listened. 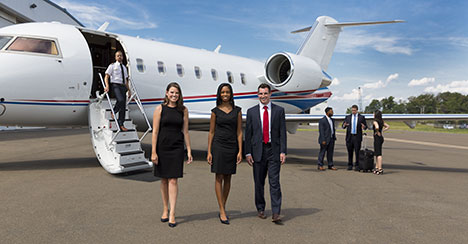 “It’s never stagnant. Technology is always changing. Companies are always merging. Business aviation is a very dynamic environment,” said Arthur Ramey, a 28-year-old pilot for Haymon Sports based in Las Vegas and a certified flight instructor. “And the world will continue becoming a smaller place. Business aviation will be even more important in the future.”

Ramey and other young aviation leaders singled out the technology as the greatest force driving change in the industry, followed by the demographic shift. They also have a positive long-term outlook for the aircraft market.

AIRCRAFT DEMAND
Looking ahead, Ramey predicted regulatory requirements would put pressure on older aircraft. “You have a lot of older aircraft that will be affected by avionics mandates, noise abatement [requirements] and concerns about carbon emissions, all of which will push them out of the sky,” said Ramey. In turn, fractional and charter operators will continue updating their fleets, boosting aircraft demand. 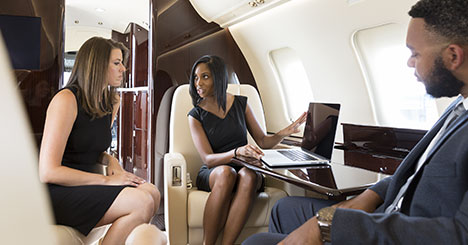 “Even if margins on fuel stay low, there’s a strong reason to invest in more fuel-efficient aircraft,” said Avery. “Modern aircraft are great at tankering, so now it makes sense for more operators to have their own fuel farm” and cut operating expenses by fueling at their home base.

Having flown a Gulfstream GIV-SP to more than a dozen countries, Ramey is betting that emerging markets will be an important source of aircraft demand, despite today’s global economic uncertainty.

Continue reading about millennials in business aviation on NBAA.org->

Cessna Aircraft Company, a subsidiary of Textron Aviation Inc., a Textron Inc. company, announced that the second aircraft in the Citation Longitude flight test program has successfully completed its first flight just over one month after the first prototype aircraft took to the skies in October. The flight, piloted by Textron Aviation test pilots Scott Foster and Peter Fisher, lasted approximately 90 minutes and reached all of its performance targets. The aircraft will be used in the flight test program primarily for systems testing, while further expanding the aircraft’s performance envelope. 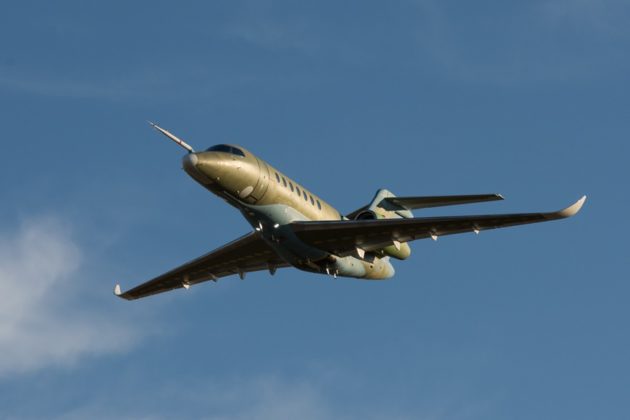 “In the 12 months since we announced the Citation Longitude, our team has been right on target in meeting the program milestones, further validating our industry-leading development process,” said Scott Ernest, president and CEO, Textron Aviation. “We are coming off of a successful NBAA where we announced increased performance numbers and debuted the prototype aircraft less than a month after first flight – all of which are fueling robust customer interest around the world. The team remains focused, and we are charging into 2017 with great momentum on the program.” 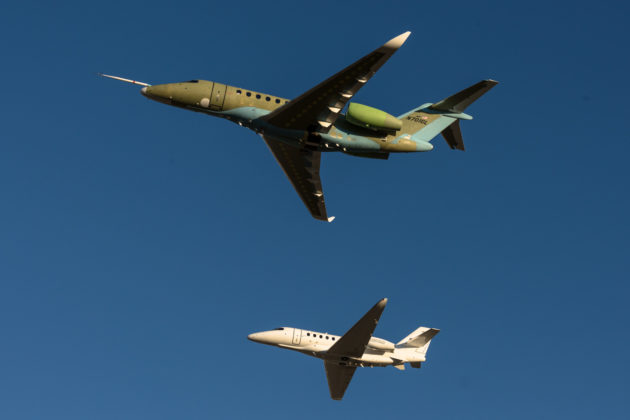 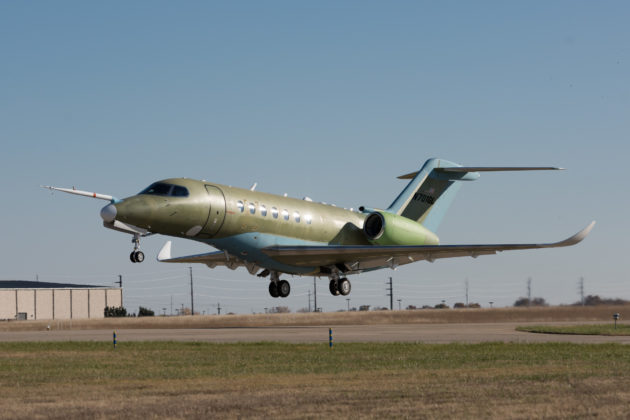 Continue reading about the Citation Longitude on Textron Aviation->

Embraer Executive Jets has been named Aircraft Manufacturer of the Year by BACA, the Worldwide Association of Air Charter Professionals. The award was presented recently to Peter Griffith, Senior Vice President Sales, Europe, CIS & Africa, Embraer Executive Jets, by Richard Mumford, BACA Chairman, in the presence of Robert Walters, a director of Biggin Hill Airport Ltd., the award’s sponsor. Embraer Executive Jets is the first organization to win this new award, decided by the votes of BACA members across the world, representing over 200 member companies.

“To win a prestigious BACA award is a great achievement, and it’s especially satisfying to win the first ever award in the inaugural year of the category,” said Peter Griffith. “However, what makes this really special is that we won this award based on the popular vote of the BACA membership worldwide; an illustrious group of aviation professionals.”

BACA Chairman, Richard Mumford, said, “I would like to congratulate Embraer on winning the first BACA Aircraft Manufacturer of the Year Award. BACA decided to create this award to recognize the incredible work of aircraft manufacturers in producing outstanding, innovative aircraft, backed up by outstanding customer service. The vote of BACA members for Embraer is a shining endorsement of their aircraft.”

Gulfstream Aerospace Corp. is pleased to display three of its business jets at the Middle East and North Africa Business Aviation Association (MEBAA) Show Dec. 6-8 in Dubai. The static display will include the company flagship Gulfstream G650ER as well as the high-performing Gulfstream G550 and the class-leading Gulfstream G280.

The four-living-area G650ER will headline Gulfstream’s presence, showcasing the company’s commitment to exceeding customers’ expectations for customization, comfort, and craftsmanship. 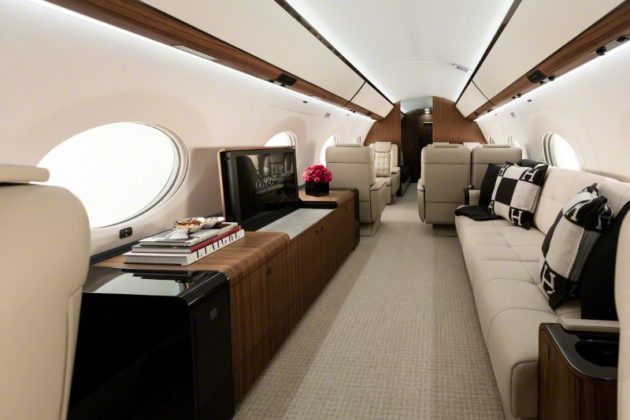 Customers will have the opportunity to see the three Gulfstream aircraft firsthand and discuss Gulfstream’s advances in innovation, reliability, safety, and performance.

The aircraft will be available for viewing outside Chalet A13-14 at Dubai World Central. In addition to the aircraft on display, Gulfstream will have a reception area for customers.

Continue reading about the Gulfstream G650ER showcase on Gulfstreamnews->