Brazilian business aviation faces a squeeze between official restrictions and unofficial competition, vying with airline traffic for limited slots at the country’s major airports and with illegal “pirate” air taxi services for customers. Hosting the World Cup soccer tournament at 12 host cities around the country in June and July served as a stress test of the country’s aviation infrastructure. Although no major problems occurred, many, including industry group ABAG, feel that business aviation was sacrificed for that apparent success–and that this does not bode well.

NBAA will award Robert “Bob” Hoover and R.W.“Bill” de Decker with its Meritorious Service to Aviation Award and John P. “Jack” Doswell Award, respectively. The awards, among the highest ones given by the association, will be presented in October at the 2014 NBAA Business Aviation Convention & Exhibition in Orlando, Fla. 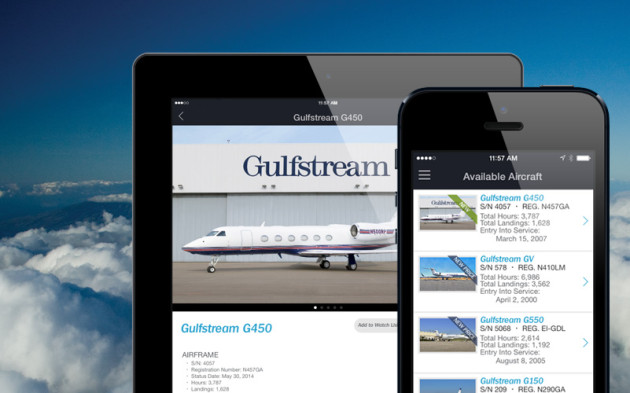 In addition to real-time listings, the app also includes a section that allows interested buyers to request more information about a particular aircraft.

NBAA: Know the Facts About Business Aircraft Taxes in Texas

State and local taxing authorities across Texas have focused on the aviation industry as a potential source of tax revenue. Looking at the numbers, it’s no surprise why: the aviation industry in the Lone Star State generates billions of dollars annually as measured by gross domestic product – a record $8.4 billion in 2011 – and ranks first in the nation for total direct air transportation sector jobs, with more than 153,000, according to the 2014 The Texas Aerospace & Aviation Industry report from the office of the Governor, Economic Development and Tourism Business Research. Further, according to FAA records, more than 29,000 aircraft are registered in the Lone Star State, second only to California.