“The G650’s ability to link these two key business destinations reinforces its utility as a vital tool for corporations to advance their economic interests around the world,” said Jason Akovenko, regional vice president, Sales, Asia-Pacific, Gulfstream. “This aircraft continues to dominate business aviation and proves to be a leader in getting passengers to their destinations in record time. The speed and range of the G650 are just two of the many reasons why this aircraft is in such high demand.”
The G650 took off from the Westchester County Airport in White Plains on March 10 with two passengers and four crew members on board.  Thirteen hours and 49 minutes later, the aircraft landed at Chhatrapati Shivaji International Airport in Mumbai, giving it an average cruise speed of Mach 0.85 for the 7,115-nautical-mile/13,177-kilometer flight. 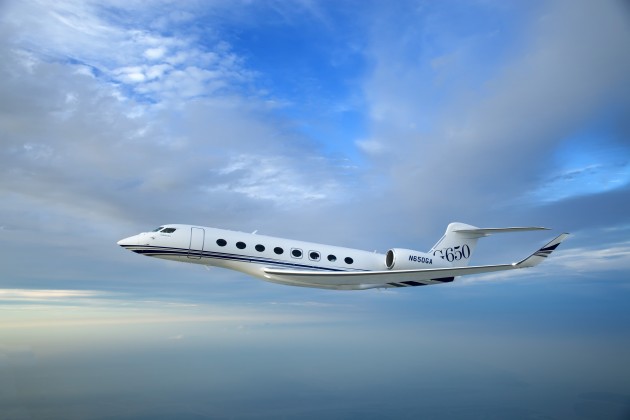 Pending approval by the U.S. National Aeronautic Association, the record will be sent to the Fédération Aéronautique Internationale in Switzerland for recognition as a world record.

The fuel-efficient G650 entered service on Dec. 20, 2012. In 2013, the G650 circled the globe westbound in 41 hours and 7 minutes, setting a world record. The aircraft, featuring twin Rolls-Royce BR725 engines, produces fewer emissions, operates more quietly than many other business-jet aircraft and has a high cruise altitude that allows it to fly above inclement weather and airline traffic. It has a maximum range of 7,000 nm/12,964 km at Mach 0.85.