First, a disclaimer (and it’s one we use every time): “A paper aircraft can always beat a real aircraft when you compare them,” says the head of one aircraft manufacturer. “Until an aircraft is flying, it is unfair to compare it with an aircraft that is still being designed.” Comparing the G500 and the Falcon 5X with the 11 year old Global 5000 seems a bit unfair (especially as Bombardier is rumored to be announcing next-generation Global 5000/6000s at the upcoming NBAA 2014 convention.) JetOptions will be attending NBAA 2014. 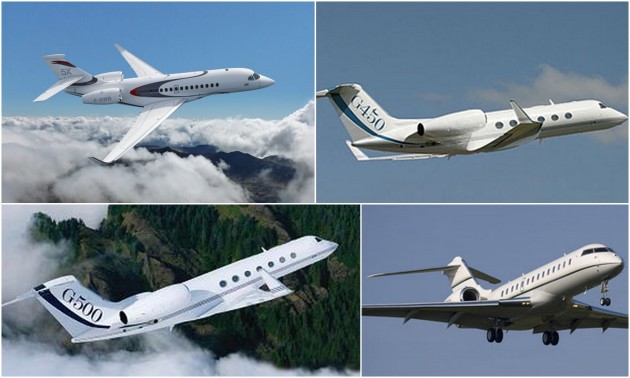 With 300 aircraft delivered since 2005, Gulfstream’s G450 was a popular and successful replacement to the – also popular and successful – Gulfstream GIV. With a larger cabin, longer range and higher speed the new Gulfstream G500 looks set to follow this success.As the table shows the G500 will offer many improvements over the G450: faster speed, longer range, larger cabin, higher altitude (which allows you to fly over bad weather), more baggage space and even lower pressure in the cabin (which reduces effects of jet lag).

Bombardier will give the new LearJet 85 its public debut at the 2014 NBAA convention next week in Orlando, Florida.

The aircraft will be the first prototype, or FTV1 (Flight Test Vehicle 1) as Bombardier call it. 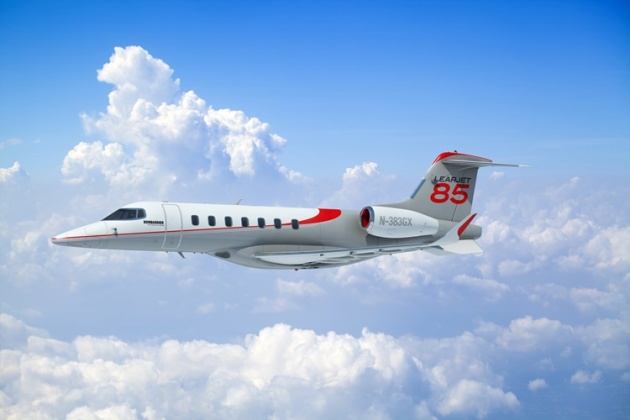 The LearJet 85 is the first of the LearJet family to rely heavily on composite materials, with the manufacturer opening a composite manufacturing plant in Querétaro Mexico to work on the fuselage.

It is almost 11 years since Concorde services were withdrawn, but supersonic flights could soon again be a reality for holidaymakers.

A number of American aeronautical and engineering companies have released proposals for the development of supersonic aircraft that could whisk passengers from New York to London in under four hours or from London to Sydney in an afternoon. Although some military aircraft already reach supersonic speeds, it hasn’t been considered economically viable to offer this kind of flight commercially. Due to technological advancements however, the Boston-based engineering firm Spike Aerospace has claimed its proposed supersonic aircraft could be in service by the end of this decade.

Also endeavoring to launch supersonic aircraft, the Nevada-based company Aerion Corporation has given further credibility to claims that members of the public will soon be able to fly at faster than the speed of sound by announcing that it has partnered with Airbus Group.

One thing that you cannot fault Gulfstream for is the ability of its employees to keep a secret.

Everyone has known that Gulfstream has been working on a new aircraft for several years (the cars outside the factory were a good guide) and most people had a pretty good guess at the larger cabin, Pratt & Whitney engines and range. But it has been extremely good at keeping the details and the level of its development secret.