There is quite a bit of business aviation news from Gulfstream:

Low-Carbon, Renewable Jet Fuel To Be Used In Daily Operations

Gulfstream Aerospace Corp. and its fuel supplier, World Fuel Services Inc., recently finalized a three-year agreement that provides Gulfstream with a consistent supply of renewable fuels for its daily flight operations in Savannah.

The fuel is a 30/70 blend of low-carbon, drop-in renewable fuel and Jet-A. It provides the same performance as conventional, petroleum-based jet fuel and requires no changes to factory-standard engines or aircraft. Each gallon of renewable fuel burned is expected to achieve a more than 50 percent reduction in greenhouse gas emissions, relative to petroleum-based jet fuel, on a lifecycle basis.

“This agreement with World Fuel is a testament to Gulfstream’s commitment to sustainability,” said Larry Flynn, president, Gulfstream. “We were the first in the business aviation industry to fly our full fleet to the National Business Aviation Convention and Exhibition on renewable fuels, and the Gulfstream G450 was the first business jet to cross the Atlantic using renewable fuels.

With this agreement, Gulfstream is expected to become the first business jet manufacturer to use renewable fuels on a day-to-day basis, another step in our efforts to reduce our carbon footprint and help our industry achieve its sustainability goals.”

Continue Reading about Gulfstream and renewable fuels on gulfstreamnews.com »

Gulfstream Aerospace Corp. today announced that development programs for its all-new aircraft family, the Gulfstream G500 and G600, are well under way; with two of five G500 flight-test aircraft complete and the remaining three in production. The G500 has completed its operational checks and is undergoing taxi validation prior to first flight.

Gulfstream introduced the G500 and G600 on Oct. 14, 2014, at one of its new manufacturing facilities in Savannah. During the event, the first G500 rolled out under its own power. 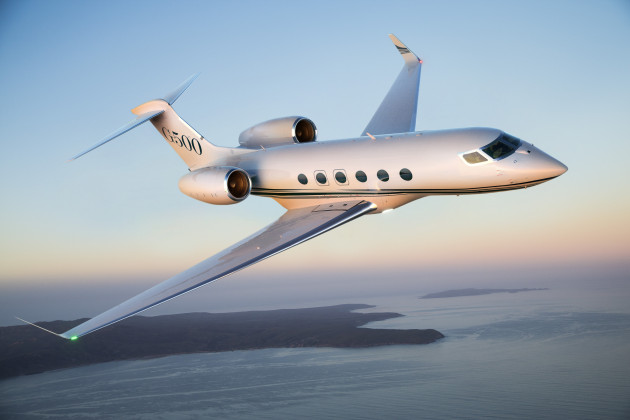 Since then, Gulfstream has inducted two G500 aircraft into the flight-test center in preparation for officially launching the flight-test program later this quarter. Additionally, ground vibration and structural mode interaction testing are complete; the structural test article achieved limit load; and all suppliers have validated the aircraft safety of flight requirements, clearing the aircraft for flight.

Gulfstream has also started manufacturing the first G600 aircraft, which will be used as part of the four-aircraft flight-test program. Wind-tunnel testing for both aircraft is complete, and more than 34,000 hours of lab testing have been logged. Additionally, the company recently started testing in the G600 integration test facility (ITF) and initiated construction of the G600 iron bird, which will allow full evaluation of the aircraft’s systems and software.

Continue Reading about the G500 and G600 programs on gulfstreamnews.com »

Gulfstream Aerospace Corp. recently celebrated a milestone with the entry-into-service of its first G280 business jet registered in Morocco. The G280 received a type acceptance certificate in March from Morocco’s Directorate General of Civil Aviation, whose approval was based on the aircraft’s type certification from the European Aviation Safety Agency (EASA) in February 2013.

“We are delighted that this outstanding aircraft has been delivered to North Africa,” said Scott Neal, senior vice president, Worldwide Sales and Marketing, Gulfstream. “The G280’s class-leading range, technology, fuel efficiency and comfort have made it a popular choice for customers since it entered the marketplace in November 2012.” 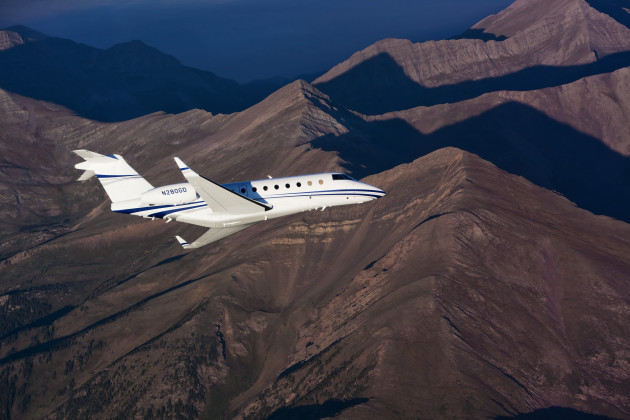 With a range of 3,600 nautical miles/6,667 kilometers at Mach 0.80, the G280 can fly nonstop from Casablanca to New York and Dubai.  The aircraft has tremendous performance capabilities and the most comfortable cabin in its class with the Gulfstream-designed cabin management and high-definition entertainment systems, industry-leading cabin sound levels, 19 super-sized windows and access to the baggage compartment from the cabin. 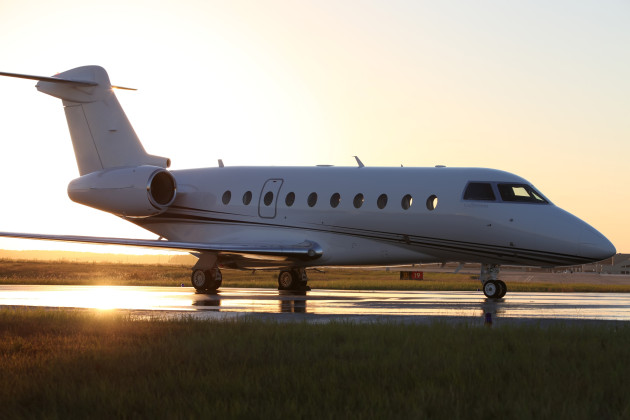 This G280’s delivery flight to Morocco included an opening-leg journey from Gulfstream’s completions facility in Dallas to Santa Maria Island in the Azores. The distance of 3,572 nm/6,615 km was covered in 6 hours, 59 minutes.

Continue Reading about the G280 delivered in Morocco on gulfstreamnews.com » 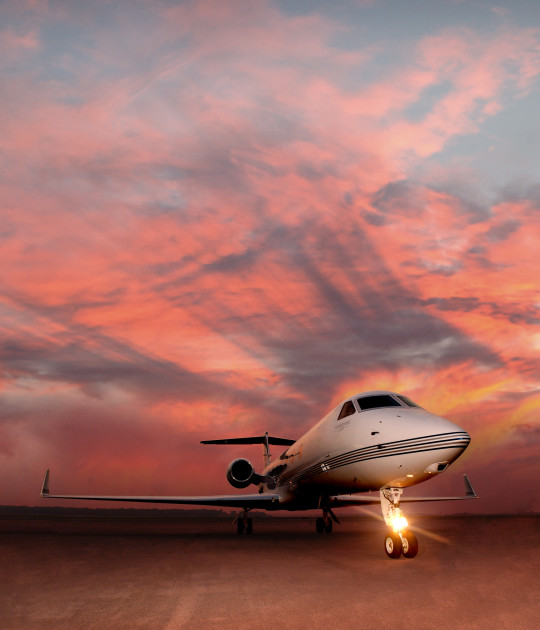 “The Gulfstream G550 is one of the most capable and dependable business jets in the skies today,” said Scott Neal, senior vice president, Worldwide Sales and Marketing, Gulfstream. “With an average NBAA Dispatch Reliability rate of 99.9 percent, the G550 consistently proves its mettle as a vital business tool, allowing companies to advance their business around the world effectively and efficiently. Given its best-in-class payload and range benefits, the G550 is also a great value for operators, another reason why this aircraft is the market leader in its class.” 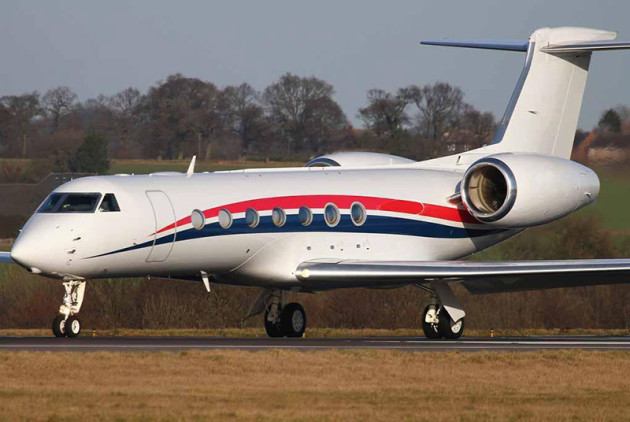 “Gulfstream has been a long-standing supplier of our aviation needs,” said Steven Hawkins, director of aviation for Abbott. “We congratulate them for attaining this milestone.” 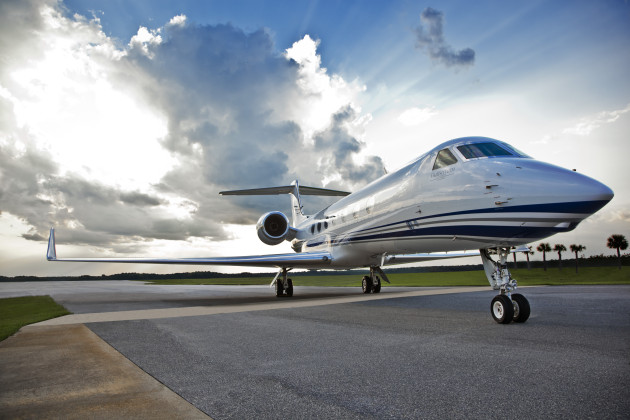 The G550 features the PlaneView cockpit along with Gulfstream’s Enhanced Vision System and the optional Synthetic Vision-Primary Flight Display, which enhances safety through improved pilot situational awareness. The G550 flight deck also launched Gulfstream PlaneConnect, an advanced system that automatically transmits reports on the aircraft’s condition to maintenance experts on the ground, facilitating a quick resolution of any possible issues.

Continue Reading about the 500th G550 delivered on gulfstreamnews.com » 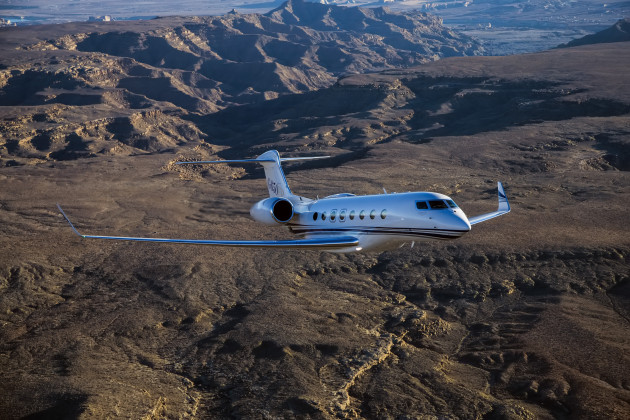 On April 23, the aircraft departed London Luton Airport and touched down at Hong Kong International Airport, flying 5,588 nautical miles/10,349 kilometers at an average speed of Mach 0.90 for 10 hours and 27 minutes. The aircraft then departed Hong Kong on April 25 and flew 5,905 nm/10,936 km at an average speed of Mach 0.90, landing at King County International Airport/Boeing Field in Seattle to complete the flight in 10 hours and 25 minutes. Both times, the aircraft landed with fuel in excess of National Business Aviation Association’s instrument flight rules reserves. 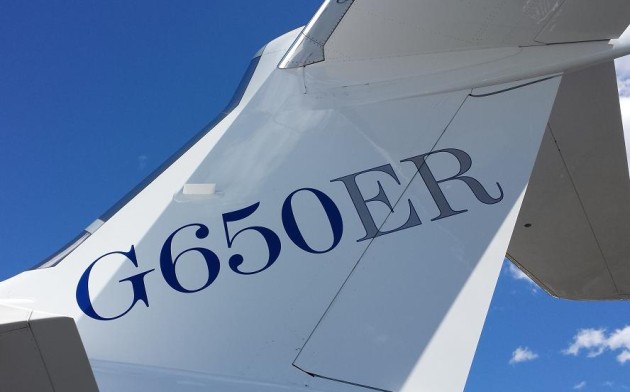 “The G650ER sets a new standard in business travel,” said Scott Neal, senior vice president, Worldwide Sales and Marketing, Gulfstream. “Many of our customers routinely travel these routes. Being able to get them there faster is one of the many reasons why the G650ER is the most capable and technologically advanced business jet on the market.”

Pending approval by the U.S. National Aeronautic Association, the city-pair records will be sent to the Fédération Aéronautique Internationale in Switzerland for recognition as world records. 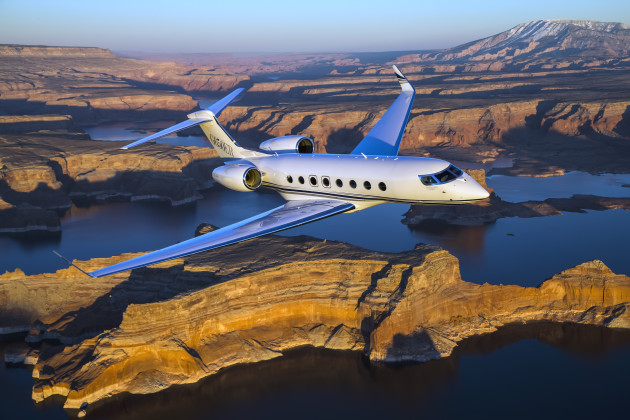 In addition to these recent records, the G650ER set two speed records during flight testing in 2014 when it flew from Los Angeles to Melbourne, Australia, at an average speed of Mach 0.86, and then from Hong Kong to Teterboro, New Jersey, at an average speed of Mach 0.865. In February, the aircraft circled the globe with just one stop and also completed the farthest flight in its history, traveling 8,000 nm/14,816 km from Singapore to Las Vegas nonstop.

Continue Reading about the G650ER on gulfstreamnews.com »

Gulfstream Aerospace Corp, a wholly owned subsidiary of General Dynamics, today announced that the all-new Gulfstream G500 successfully completed its first flight. The G500 is part of Gulfstream’s new family of clean-sheet aircraft, the G500 and G600, and the first of the two to begin flight tests. 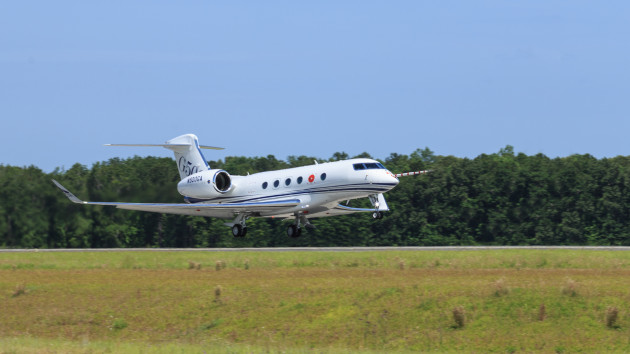 The aircraft climbed to an initial altitude of 10,500 feet/3,200 meters and reached a maximum altitude of 15,000 ft/4,572 m. During the 2-hour-and-16-minute flight, the crew exercised all primary flight control systems; evaluated handling qualities in takeoff and landing configurations; performed a simulated approach and go-around; and checked all systems using the SymmetryTM flight deck touchscreen controllers. The aircraft achieved a maximum air speed of 194 knots. It landed back in Savannah at 12:55 p.m. local time.

“The successful first flight of N500GA represents the tremendous investments we have made in the G500 program,” said Dan Nale, senior vice president, Programs, Engineering and Test, Gulfstream. “We have achieved this milestone thanks to Gulfstream’s world-class research and development teams and our commitment to setting new standards for business aviation.”