The National Aeronautics Association (NAA), which serves as the national authority for all aviation record-setting activity in the U.S., recently released its tally for 2014. Once again, Gulfstream Aerospace dominates the list, with no fewer than 19 records for a combination of altitude, speed, and/or distance. This is more than the records claimed by all other airframe manufacturers combined, including Airbus, Boeing, Bombardier , Cessna, and Embraer. 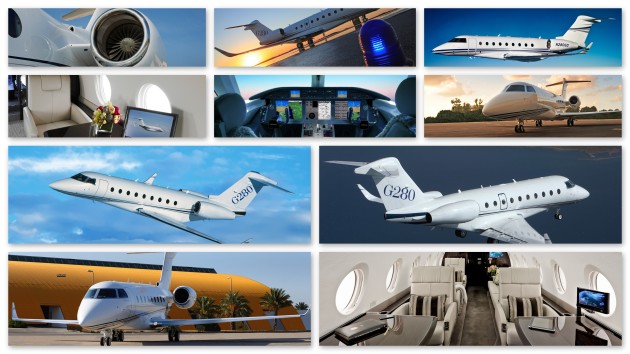 Most of the records set by Gulfstream aircraft were the result of new-model introductions. The G280, with its ability to climb directly to 43,000 ft., set the pace, with 13. Placing a distant second was the G650, with five records. However, since its first flight in November 2009, the G650 has claimed 42-speed records and secured an around-the-world speed record.

You can charter an Embraer Phenom 300 from JetOptions – Ed.

Embraer’s Light Phenom 300 was launched as the successor to the “Very Light Jet” (VLJ) Phenom 100.

Charter an Embraer Phenom 300 from JetOptions

The Phenom 300’s flight range offers passengers non-stop flights from Geneva to the Azores or New York to Martinique. The BMW-designed interior offers a flat bed option, unique within the small jet class.

Designed as the “upgrade” to Embraer’s hugely successful Phenom 100, the Phenom 300 was launched in 2009 and entered the private jet charter market in 2010.

The Phenom 300’s flight range of 1800 nm offers non-stop flights from Geneva to Tel Aviv, New York to Cancun, or Cairo to Moscow.