In this post we have an article about how the beleaguered General Aviation in Europe seems to be making a positive turnaround. Then, it’s been a long time coming (about 12 years) but HondaJet finally got a provisional type certificate which brings Honda a step closer into entering the market. The Gulfstream G280 has received airworthiness certification from Brazil’s civil aviation authority and it seem like it will continue to make inroads into Embraer’s back yard. For owners of any of the Hawker series there is good news: Textron has expanded their ProAdvantage support to their aircraft.

Things are looking up for Europe’s embattled general aviation community.

The years of impassioned lobbying aimed at raising the profile of this huge sector and easing the regulatory burden on the operators of its 40,000+ aircraft fleet are finally paying off.

Late last year, EASA answered the calls with the publication of a GA Roadmap in which its sets out plans to simplify and moderate the rules for light aircraft through a performance-based regulation (PBR) approach.

Patrick Ky, the agency’s director and long-time GA proponent, admits that in the early days of EASA, this sector was saddled with a “light” version of commercial aviation rules, which he believes are totally inappropriate and need completely redrafting, especially at the relatively low-tech leisure and private pilot licence (PPL) training end of the spectrum.

A newly-awarded provisional type certificate for the HA-420 HondaJet moves the North Carolina-based manufacturer a major stiep closer in its 12-year-long quest of entering the light business jet market. 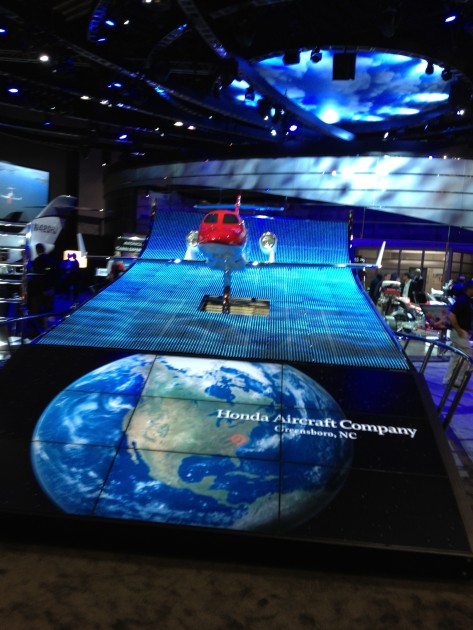 Honda Aircraft chief executive Michimasa Fujino calls the award of the PTC by the US Federal Aviation Administration (FAA) is a “tremendous milestone” for the programme.

A PTC is requested by the manufacturer and establishes the aircraft is safe to fly based on the airworthiness standards outlined in the document. It stops short of authorising the company to deliver the aircraft to customers. That requires a final type certificate, and that will come in a “few months”, Honda Aircraft says.

Continue reading about Hondajet on flightglobal.com »

Gulfstream Aerospace in the last six years has made impressive strides in a geographic market where you might think any gains at all would be extraordinarily difficult to attain. The place is Brazil, home to Embraer  Executive Jets, which has been a market disruptor in its own right.

In 2009, Gulfstream had 14 aircraft based in South America’s largest country. Today there are about 40. Approximately one-third are mid-size cabin jets, and that number almost certainly will climb in coming months.

Brazil’s Agencia Nacional de Aviacao Civil (ANAC) recently certified the Gulfstream G280, validating the airworthiness of the super-mid-size aircraft’s design and clearing the way for in-country deliveries. Since the G280 went into service in November 2012, customers in North America, Western Europe, Central America and South America have taken delivery of 50 of the aircraft.

Reading more about the Gulfstream G280 on Forbes.com »

Textron Aviation is expanding the coverage of its ProAdvantage product support program to the Hawker 125 series, which includes the Hawker 400 series business jets and the 750, 800, 850, and 900 models. ProAdvantage provides life-cycle maintenance and spare part support for aircraft airframes and avionics, engines and, when applicable, auxiliary power units. 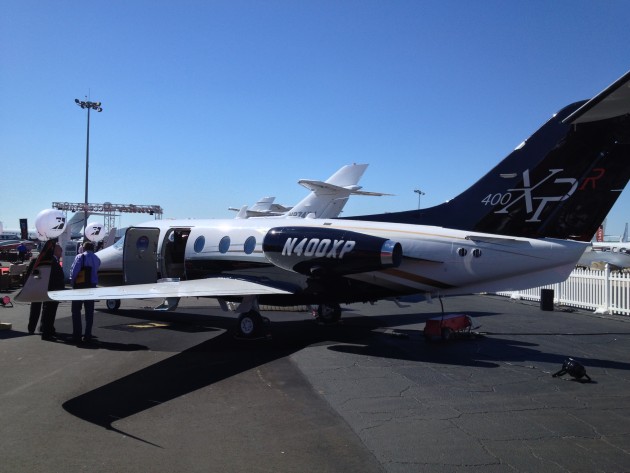 As a brand, the name ‘Learjet’ has long enjoyed iconic status, with some 2,300 in use by corporations and private owners worldwide. So it should come as no surprise that certain models—all products of Bombardier Aerospace—continue to be among the most desirable business jets around the world.

One of them is the $13.8-million Learjet 75, which captured a very substantial share of all deliveries in the super light category in 2014. Bombardier recently delivered its first Learjet 75 to an undisclosed customer based in Poland. The aircraft received EASA (European Aviation Safety Agency) certification last September.

Continue reading about the Learjet 75 on Forbes.com »