Gulfstream handed over the first fully outfitted G650 today to an undisclosed U.S. customer, fulfilling its promise that it would begin deliveries of the clean-sheet ultra-long-range twinjet by the end of the year. “We’re thrilled to see the first G650 leave our hangar for a customer’s hangar,” said company president Larry Flynn. “Soon the G650 will be a common sight at airports around the world.” Earlier this month, observers caught sight of two of the first of the large-cabin bizjets–which received FAA type certification on September 7–on the tarmac at the company’s Long Beach, Calif. completions center as they awaited a trip to the paint shop. While the Savannah airframer initially said that as many as 17 G650s could be delivered in this year’s fourth quarter, at this month’s Middle East Business Aviation (MEBA) show in Dubai, Scott Neal, the manufacturer’s senior vice president of marketing and sales, confirmed that the actual number of G650s delivered before year-end will be “slightly less.” To support the flow of deliveries, Gulfstream’s training provider, FlightSafety International, has already trained approximately 50 pilots for the new aircraft on two G650 simulators at the FlightSafety learning center located next to Gulfstream’s headquarters in Savannah, Ga. 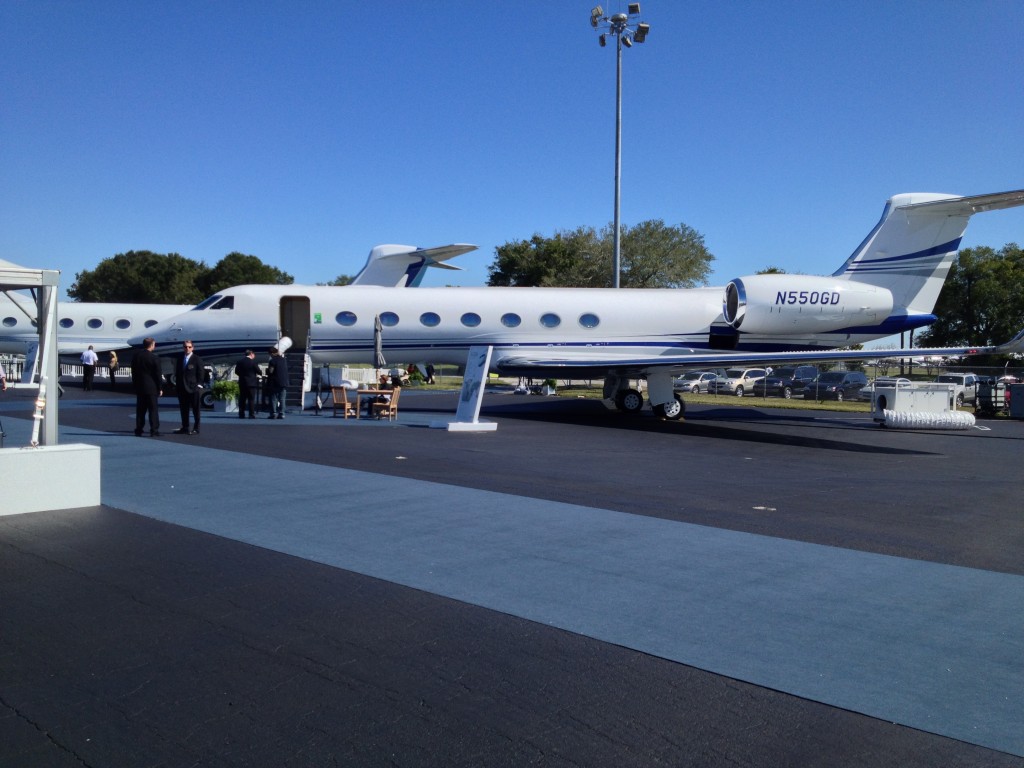