Gulfstream Aerospace celebrated two milestones this month: August 14– is the 55th anniversary of the GI’s first flight in 1958 and the 10th anniversary of the G550’s FAA certification in 2003. Powered by a pair of Rolls-Royce Dart turboprops, the GI was the first aircraft specifically designed and built for business travel, the company noted. Gulfstream delivered 200 GIs before production ceased in 1969. They were used by several corporations for business travel, but also saw service with five U.S. government agencies and all branches of the U.S. armed forces. Some were even pressed into service as regional turboprops. “The GI laid the foundation for the Gulfstream business jets that we deliver to customers today,” said Gulfstream president Larry Flynn. “The GI…was ahead of its time in many respects, including performance, comfort, versatility and reliability. More than 50 of these aircraft are still in operation around the world, a testament to the aircraft’s reliability.” Gulfstream also marked the 10th anniversary of the large-cabin, ultra-long-range G550 receiving its FAA type and production certificates. It was the first time in Gulfstream history that an aircraft received both certifications on the same day. The G550 was the first civil aircraft to offer integrated modular avionics, as well as the first to debut synthetic vision, Gulfstream said. 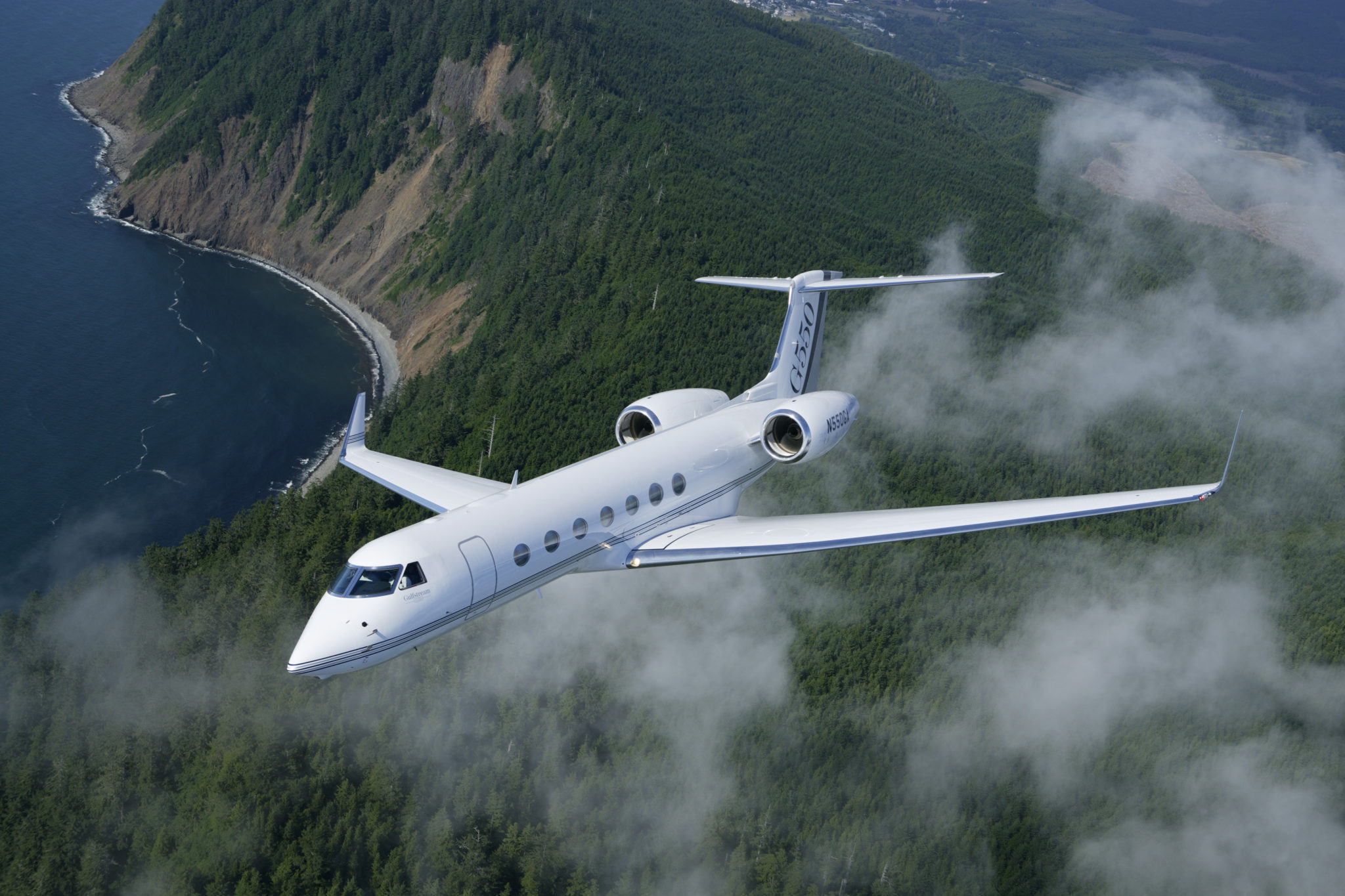