Revenues at General Dynamics’ aerospace division, which includes Gulfstream Aerospace and Jet Aviation, soared to nearly $1.78 billion in the first quarter, a $155 million increase from a year ago, according to financial results the company released yesterday. Segment profit in the quarter also climbed by $39 million, or 14.4 percent, to $310 million, thanks in large part to Gulfstream, though General Dynamics chairman and CEO Phebe Novakovic said Jet Aviation “made a contribution in the quarter.” During the quarter, Gulfstream delivered 30 green jets (25 large cabin, five midsize), compared with 28 (26 large cabin, two midsize) a year ago. First-quarter deliveries of completed aircraft zoomed from 19 last year (17 large cabin, two midsize) to 29 this year (25 large cabin, four midsize), indicating that the Gulfstream G650 completion backlog is abating. On this note, Novakovic said that “retrofit rework” on G650s produced before Gulfstream received full certification last fall–the cause of the completions delay–should be completed by late June. Meanwhile, backlog at Gulfstream stood at nearly $15.23 billion at the end of the first quarter, down about $500 million from the end of last year. While the overall book-to-bill ratio was “less than 1:1,” Novakovic said order intake for the G450 and G550 was “holding up nicely” and is about 1:1. She also noted that there is “considerable” customer interest in the new super-midsize G280. 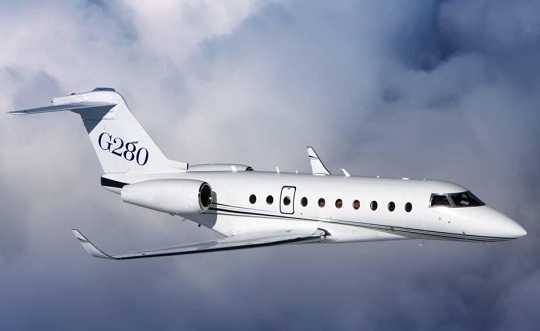