In this post: Corporate jet investor has delivered a comprehensive guide to the Cessna Citation Mustang, a very popular Very Light Jet.  The FAA has revoked Globaljet’s air carrier certificate due to unauthorized use of aircraft for compensation.

As always, let us know if you’d like for us to cover any event or post any aviation-related news here.

The $2.75 million Cessna Citation Mustang aims to bring large cabin comfort to the very light jet market. Perfect for saving time of short-haul journeys, it’s like the TARDIS of private aviation in more ways than one. 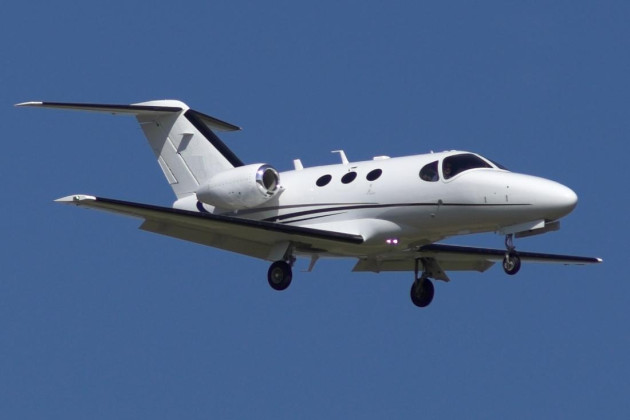 For: The Cessna Citation Mustang is a well-built small jet that can comfortably carry two or three passengers for a few hours. If you regularly fly short distances – such as London to Nice – a Citation Mustang could be the perfect aircraft.

The fact that the Citation Mustang is popular in the charter market tells you everything you need to know about the aircraft’s value and efficiency. Of course, its success and its competitive price tag go hand in hand, but its low operating costs are just as attractive.

Against: The low range of the Cessna Citation Mustang means it is a niche aircraft. First delivered at the top of the business jet market, the Citation Mustang had a great start but demand has definitely fallen (the same is also true for its closest competitors like Embraer’s Phenom 100 and the Eclipse 500).

It really is hard to find much fault with the Mustang when it is priced so much lower than its main competitors, but if you’re add an extra $2 million to your budget, you might find that the Mustang suddenly looks rather humble in comparison to some of the better performing – and slightly larger – light jets.

Continue reading this comprehensive look of the Citation Mustang on corporatejetinvestor.com »

The U.S. Department of Transportation’s Federal Aviation Administration (FAA) has revoked the air carrier certificate of GlobalJet NA, LLC of Scottsdale, Ariz., for allegedly conducting unauthorized operations for compensation or hire in violation of the Federal Aviation Regulations.

The FAA alleges GlobalJet operated a Cessna 550 jet on at least 47 flights for compensation or hire when it was not authorized to use the aircraft for these operations. When the FAA requested GlobalJet records for the flights, the company allegedly provided falsified logs showing the flights were not for compensation, and withheld invoices showing it had in fact been paid for them.

The company has surrendered its certificate in response to the FAA’s order. It has appealed the order to the NTSB.