NetJets Inc, a private jet-sharing company owned by Warren Buffett’s Berkshire Hathaway Inc (BRKa.N) (BRKb.N), was sued for $366.3 million by the government to recover unpaid taxes, four months after sued the government for nearly twice as much.

Four NetJets units have “failed, neglected or refused” to pay excise taxes and related penalties between 2003 and 2009, according to the countersuit filed Thursday with the U.S. District Court in Columbus, Ohio, where NetJets is based.

On November 14, NetJets had sued to recoup $642.7 million in taxes and penalties, accusing the Internal Revenue Service of having mistakenly imposed a “ticket tax” meant to apply only to passengers who buy seats on commercial or charter aircrafts.

NetJets said that as a manager of private aircraft, it was not required to pay the tax because its services were not “taxable transportation.” It also said the IRS put it at a disadvantage to rivals that did not have to pay the tax.

Last year, NetJets posted a $227 million pretax profit, continuing a turnaround after prior management had racked up $1.9 billion of debt and regularly posted quarterly losses.

“A few years ago NetJets was my number one worry: Its costs were far out of line with revenues, and cash was hemorrhaging,” Buffett, the world’s third-richest person according to Forbes magazine, wrote last month in his annual letter to Berkshire shareholders. “These problems are behind us.”

Berkshire is based in Omaha, Nebraska. 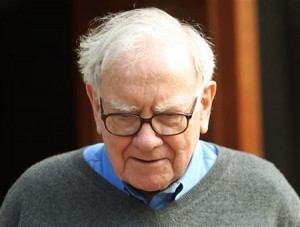