Garmin launched a G5000 avionics modernization program for the Beechjet 400A/Hawker 400XP, targeted for FAA STC approval in 2015, that will be available at specific Garmin dealers. The company estimates that the light twinjet’s glass cockpit retrofit will cost between $450,000 and $500,000 installed. In addition to modernizing the flight deck, the new avionics package is more lightweight and thus raises the jet’s helpful load by 200 pounds.

The G5000 flight deck will feature three high-resolution 12-inch flight displaysand two touch screen displays/controllers that serve as the primary interface for the system. With the ability to view multiple pages side-by-side, pilots will have the option to view maps, charts, checklists, TAWS, TCAS, flight plans, weather, along with video input and more – simultaneously!

Equipped with Garmin’s advanced autopilot, the G5000 will give pilots the finest in situational awareness and offer additional options such as Synthetic Vision Technology (SVT), ADS-B compatibility, as well as Garmin TAS or TCAS I/II traffic solutions. Furthermore, the new Beechjet 400A and Hawker 400XP flight deck is estimated to provide a weight savings of 200 pounds, allowing owners and operators the option to carry an additional passenger with the same fuel load!

The STC certification is targeted for approval in 2015 and will be available from select Garmin dealers. 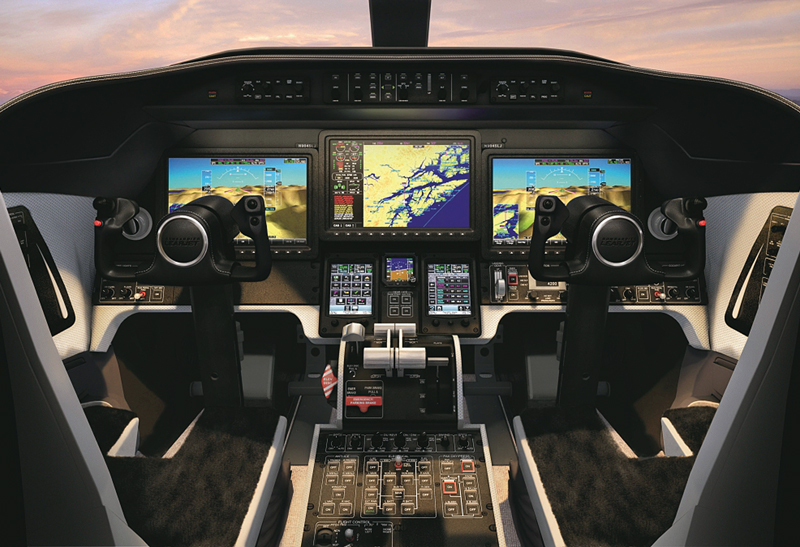